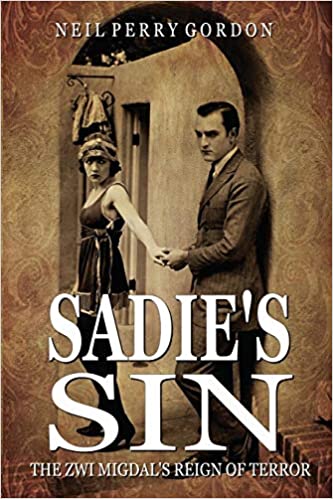 Gordon delivers an engrossing tale of love, sacrifice, and betrayal, set in 1924 in Poland and Argentina. Sadie Wollman, a young Jewess, falls in love with the war hero and university professor, Alexander Kaminski, and falls prey to the Zwi Migdal, a Jewish organized-crime group trafficking young women into forced prostitution throughout brothels in Buenos Aires, after her parents arrange her brokered marriage to a wealthy Argentine Jewish business man and sends her away. When Alex learns of the deception, he sets on a dangerous journey to save his lady love from a terrible fate.  Gordon evokes the post-first-world-war era with fascinating detail and perception, skillfully recreating the period’s feel in the characters’ passionate pursuits. Sadie’s struggle with her Jewish identity is etched in reality, as her family challenges her loyalty to the religion. Gordon skillfully explores the blurred lines between love and faith as the couple struggle with their own dilemma and the choices of those they love. Alex’s determination and sacrifice as a lover make for an affecting love story. The narrative is rife with tension and plenty of suspense in the background. Gordon is expert at creating action scenes and makes the carrying out of the dangerous pursuit by Alex and Jan Mazur on the sailing ship both exciting and credible. The brutal reality of innocent women becoming victims of sex-trafficking rings in 1920s Argentina is on full view with shocking clarity. Lovers of historical thrillers are in for a treat.