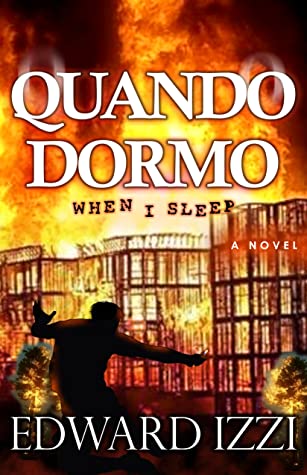 Set in Chicago, Izzi’s entertaining latest crime thriller chronicles the tale of a misogynist maternity physician whose pro-life stance on abortions and the horrific sleep issues made him a top suspect in a series of arson incidents at several abortion clinics across the city. Dr. David Fazio, an obstetrician known as the baby doctor among his colleagues, heads the maternity ward at Chicago-Western Medical Hospital. Being supremely skilled at his job doesn’t mean the good doctor is a man of flawless disposition: notorious for his philanderer ways and pro-life views, especially later-term abortions, Fazio is not the most popular doctor in the hospital. And working 70 hours a week, trying to keep infants safe is often a tiring work, resulting in severe insomnia and sleep issues for Dr. Fazio. When a series of arson incidents result in burning down of several abortion clinics throughout the city with a few casualties, Fazio becomes the immediate suspect. With no recollection of his acts on the nights of fires, Fazio realizes there is someone out to get him. With a bigger conspiracy at work with people trying to settle their personal vendetta, Fazio is soon labelled as the “Abortion Arsonist”.  But is he really the one? Interspersed with a suspenseful theme of consecutive arson incidents are regular chapters detailing Fazio’s past and present relationships with different women that shed light on his misogynist psychology.  Despite his obvious faults, Fazio with his forceful persona and his endearing quality of not giving a damn about what others think of him make him an unforgettable character. Readers will find themselves rooting for him. The other characters are equally well sketched, and Izzi does a fine job of handling his large cast of characters. Through his characters’ personal stance on induced abortion, Izzi peers into the souls of both “pro-life” and “pro-choice” activists as he examines the ever-present abortion debate and the ongoing controversy surrounding the moral, legal, and religious status of induced abortion. Readers should be prepared for extreme scenes of graphic violence and adult language. Izzi knows how to tell a captivating if familiar story. A suspenseful plot, well-drawn cast of characters, and the shocking ending with plenty of twists and turns make for engrossing reading. It’s as much a fast-paced crime thriller as it a compelling novel of devastating moral complexity. Readers looking for a suspenseful crime thriller will be rewarded.

Quando Dormo (When I Sleep)

1 thought on “Quando Dormo (When I Sleep) by Edward Izzi”