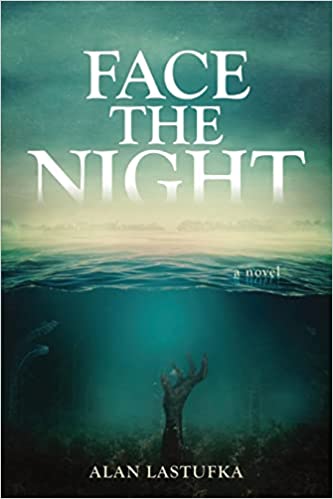 In Lastufka’s page-turning psychological suspense, a young woman’s search for a hellish figure leads her deep into a dark web of long-buried secrets. Adriana Krause is at her wit’s end: she is barely making the ends meet while looking for a steady job; her father, the distinguished mayor of the town is hell bent on obtaining Adriana’s 3-year-old son’s custody; and continuous strange nightmares are taking a toll on her psyche. When an unexpected opportunity leads Adriana to draw a suspect for the local police, she has no idea her life will change forever. Now in pursuit of the sinister face she drew, Adriana finds herself entangled in a dark web of long-buried secrets. She must tread carefully or risk losing her life. In writing Adriana’s story, Lastufka paints an indelible portrait of a young woman who is trying to keep her life together while fighting her personal demons. Readers will root for Adriana all the way through. The secondary characters are drawn with equal skill and precision. It takes a while for the story to pick up pace but once it does, the tension stays high with plenty of suspense in the back, leaving the reader turning pages nonstop. Lastufka methodically peels away the secrets surrounding the strange face, their backstory, and their connection to the town’s dark, disturbing secrets, leading to a steadily deepening small-town nightmare that ends up implicating the most unexpected person. The story resolves with a nice edgy twist that would leave readers eager for Lastufka’s next one. Fans of slow-burn psychological suspense will be enthralled.