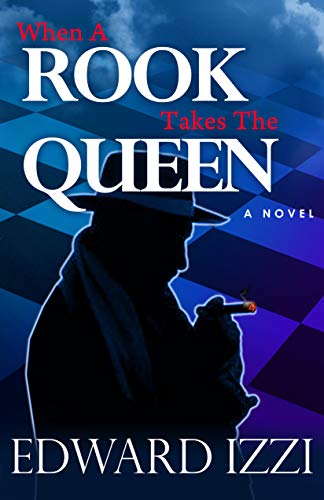 Izzi delves into organized crime and dirty politics of bureaucracy and Catholic church in this brilliantly executed thriller, an engaging tale of murder, mayhem, and conspiracies. To Larry McKay, the gusty Chicago Tribune Reporter, the brutal shoot-in death of Chicago’s American-African, openly gay Mayor, Janice Kollar, is just the beginning of a dangerous investigation. The city is already in chaos with communal riots, looting, and violence when the Mayor is assassinated. With a long list of Janice’s political enemies, McKay is finding it hard to pinpoint the murder on a single person. But his discovery of a weekly gambit at St. Simeon’s Church Rectory on West 79th Street between two of Chicago’s most notable individuals, former grand chess master and now Catholic priest, political activist Fr. Colin J. Fitzgerald and organized crime boss Anthony ‘Little Tony’ DiMatteo unravels new clues. As Larry digs deeper, he discovers a direct link between Fr. Fitz and Tony’s weekly gambit sessions and escalating violence in the city. But are they the only players in the bigger scheme of things? Sporadic, ingenious, and entertaining, Fr. Fitz’s cunning plan of manipulating Tony unravels gradually against an adeptly sketched background of upheaval, chaos, and bloodshed. Strong narrative, crisp prose, and tight plotting are added bonuses. Izzi’s splendidly developed characters are vivid and convincing. Larry, with his persistence and courage makes for a likeable hero. Readers will admire his commitment to the case that never wavers despite the personal troubles and powerful enemies at his trail. Tony DiMatteo, Michael Prescott, Chaz Rizzo, Detective Dorian impress, but it’s Fr. Fitz who takes the limelight away from others. His intelligence, cunningness, and moral ambiguity makes him an apt antagonist. The undercurrent of unease that accompanies him while on his mission of manipulating Tony is conveyed with skill. Izzi’s depiction of the way Fr. Fitz uses his intellect and ingenuity to manipulate things in his own favor gives his character depth and complexity. An unusually large cast of characters and several mini storylines complicate the storyline. But Izzi handles the multifaceted plot with perfect ease while navigating the nearly endless surprises. The alternative third-person omniscient narrative and Larry’s first-person voice add to the intrigue. Izzi effortlessly conveys the dirty politics, police brutality and violence against people of color, racial and class disparity, Journalism details, policing practices, and working of organized crime and gang violence. Readers will eagerly anticipate Larry’s further adventures.

When A Rook Takes The Queen