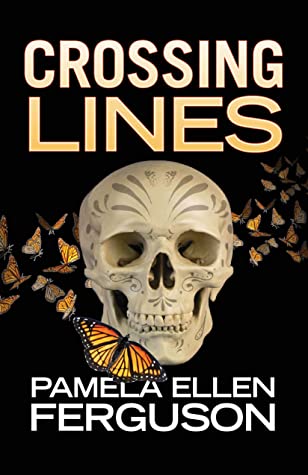 A spectacular mystery… A reader’s delight.

Austin based architect “Buzzy” McBride gets sucked into her late brother’s domestic woes while looking into the identity of a murder victim in Ferguson’s latest page-turning mystery. When a decapitated head is discovered at Buzzy’s converted rail yard home on the banks of Lady Bird Lake and her 21-year-old nephew goes missing, Buzzy heads to the border fearing the worst. As she digs deeper, a shocking truth about her own family’s past comes to surface. Ferguson’s smart, meticulously detailed narrative excellently moves between the various mini storylines, and her deeply realized, humane characters make readers feel at home. The characters’ interactions and their interpersonal relationships are particularly fascinating, as is Hugh’s intriguing backstory. Buzzy remains an appealing protagonist, and the large cast of secondary characters is endearing. The brutality of gang violence and the woes of illegal immigrants make a hefty portion of the narrative, but Ferguson keeps readers invested with careful revelations and the promise of renewal. This is a spellbinder.