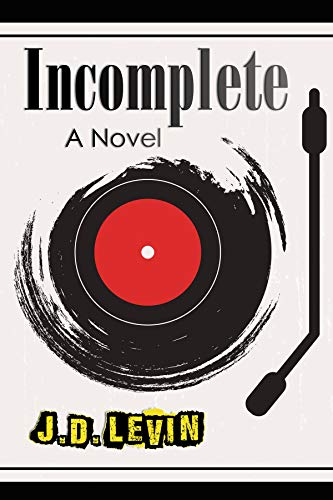 Levin’s compelling debut examines age-old questions of love, grief, and art. It’s been ages since Brian Smith, the now high-school English teacher, used to be a rock star: it was in the summer of 2000, when Brian’s one-hit-wonder punk band released a radio-friendly pop song and made it big. But then, just as quickly, it all went to pieces. And now, Brian is content living his mundane life as a young father, husband, and a teacher trying to make a difference in his students’ lives. The things change when the whip smart, articulate, and determined fifteen-year-old Veronica becomes Brian’s student. A school essay sets Veronica on the trail of Brian’s past. As the ghosts of his rock & roll past resurface to haunt him, Brian finds himself on a crossroad. Levin traces in the minutiae of each small moment of Brian’s life while delving into his inability to come to terms with his past, his longings and regrets, and the self-doubts, fears, and insecurities of his younger self while exploring the thin line between jealousy and rage and love and hate. Over the course of the narrative, readers engage with the challenge of adolescence and young adult life, and learn about the harsh realities of pursuing an art career. Along the way, Levin takes readers on a tour of the vibrant rock & roll music scene, exploring the music of The Beach Boys and others legendary bands. Levin expertly captures a sense of place, and his intelligent writing and sharp wit combined with his ability to skillfully handle his entertaining cast and snapshots across two timelines make readers thoroughly invested in the story. The pacing is measured, the prose crisp, and the plotting tightly constructed. Brian’s conflicts over his impossible desires and broken dreams are brilliantly distilled, and they seamlessly fit together into the affecting narrative. Throughout, there are beautifully crafted moments of tenderness between Brian and Mel and their young daughter Sam. With his keen understanding of human psyche and compassionate eye, Levin makes Brian’s story deeply affecting, providing a profoundly moving view of the future touched by the past. The book’s strength lies in Levin’s ability to provide freshly minted perspectives on a coming-of-age story that may seem old and familiar. This poignant novel about learning to live with past failures and love one’s imperfect self will greatly appeal to lovers of literary fiction.