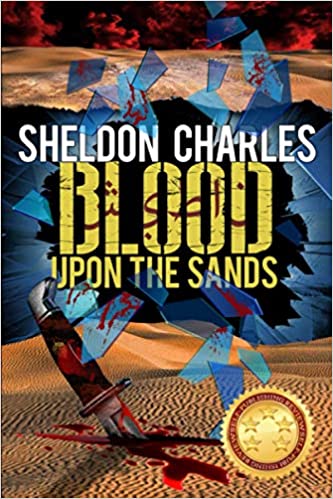 Storytelling at its best…

When Evan Davis, the protagonist of Charles’s devilishly plotted second installment in the Evan Davis Tale series, accepts an assignment from a benevolent Kuwaiti, he is little prepared for the dangers the job is going to throw his way. After getting back from Afghanistan, Evan Davis, the resolute novelist-turned-world traveler, has no desire to leave for another foreign nation when Al Hakim, a generous Kuwaiti horse-breeder, approaches him through Arlen, his literary agent, to write about the people of Kuwait and change the nation’s perception on the world stage, Evan, despite his initial reluctance finds himself landing in the country. Soon, he happens upon several secret documents describing the atrocities done to the Bedoon, the illegal residents in Kuwait, but acting on the information is entirely another matter. With a sadistic assassin on a mission to expel an entire class of people, Evan realizes his own life is at risk along with countless others. Charles’s prose is crisp, pacing swift, and there are rich rewards for readers: having lived in Kuwait for a significant time period, Charles has a keen sense of the setting and the rhythms of life in Kuwait, and he adeptly handles the delicate balance between emotion and action. His superior storytelling makes the book more than a generic conspiracy thriller hefty on action and thrills. Descriptions of the harrowing life of the Bedoons, the stateless Arab minority who have no birth certificates and identity papers despite being born and living in the country for generations, are portrayed with great sympathy and perception, and the sections detailing the ex-KGB assassin and former Siberian Rime agent Maksim Bondreovich’s sadistic killings make him a thoroughly sinister antagonist. Evan’s strengths as a man and as a writer are his determination and courage. A resolute character, he never loses the dedication that drive him to face unforeseen dangers and come out of it alive. As a protagonist, he is well-suited to sustain a long series. The secondary characters are sketched with equal conviction. Basing his story on manifestation of a regional problem, Charles instills a healthy dose of private character into an issue of enduring humanity concern. Charles’s extensive knowledge of Kuwait’s people, traditions, and socio-political landscape combined with his depth of research, sense of authenticity, a compelling cast of characters make for a deeply absorbing, true-to-life, quality conspiracy thriller. This is an absolute page-turner.

Blood Upon the Sands