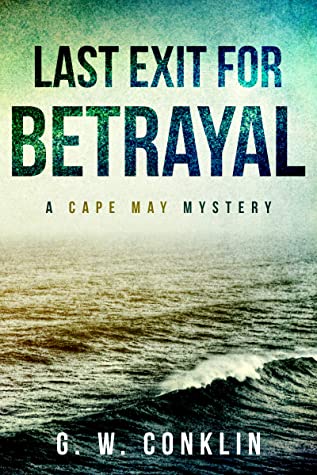 An excellently crafted tale of the murder, intrigue, and betrayal…

Set against the picturesque background of Cape May with its quaint streets lined with ornate Victorian homes, Conklin’s debut police procedural, featuring the mellow and down-to-earth Porter Benjamin, the town’s new police chief, finds the detective on the trail of a sinister conspiracy. The almost clueless case of a young man’s body found washed up on a local beach poses a supreme challenge for the newly appointed chief and his deputy Mark Burnside after it’s established that victim was murdered brutally. The victim is identified as a twenty-one-year-old Polish immigrant, Krystian Poplawski, who was working illegally in the country. The discovery leads to one surprise after another, throwing Porter into the middle of a sinister conspiracy that threatens to destroy the very tranquility of the quaint town and its people. Conklin adeptly builds suspense as the story unfolds, providing genuine, shocking surprises. He never loses his grip on the deliciously multilayered plot as Porter and Mark sift through layers of conspiracy. The action proceeds logically, and the shocking conclusion is thoroughly satisfying. Deeply realized, entertaining characters give added depth to the story, and Conklin expertly weaves his characters’ interpersonal dynamics and their individual struggles into the affecting narrative. In Porter and Mark, readers find a detective pair they will love to see more of in the upcoming books. For lovers of quality police procedurals, the novel offers pure, satisfying pleasure. Conklin remains a writer to watch.