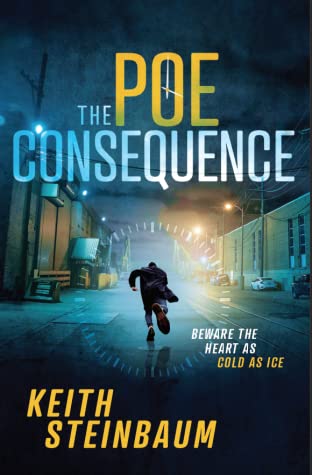 Steinbaum offers an irresistibly offbeat mix of supernatural horror and gritty crime drama in his latest. Two rival gangs, Alvarado Street Diablos and North Rampart Lobos, have always ruled the streets of a section of Los Angeles near Dodger Stadium. When Viper is killed at the hands of their sworn enemies, King, North Rampart Lobos’s leader, knows he must settle the scores to avenge the death of his blood brother and teacher. A drive-by killing in Viper’s honor is planned, but things go wrong and an innocent bystander becomes the victim. Several hours later, the one who pulled the trigger suffers a gruesome death caused by something unexplained. The tension ratchets as the gang members begin to get killed one by one under mysterious circumstances. The aggregation of disturbing incidents right in the beginning sets the grim mood, and Steinbaum keeps the tension ripe throughout the narrative. The scenes of supernatural horror will induce frissons of terror in the reader. The fully-realized characters tear at readers’ hearts, especially Seth who represents the human capacity for hope and power of innocence and goodness. His struggles in the face of personal tragedy elevate the plot further. The narrative, though hefty on thrills and chills of a gritty supernatural drama deals with serious, perennial themes of social and ethnic divisions. Explicit, fast-paced action, evocative prose, and relentless, nail-biting scenes show Steinbaum at the top of his game. Steinbaum is an author to watch for.

1 thought on “The Poe Consequence by Keith Steinbaum”