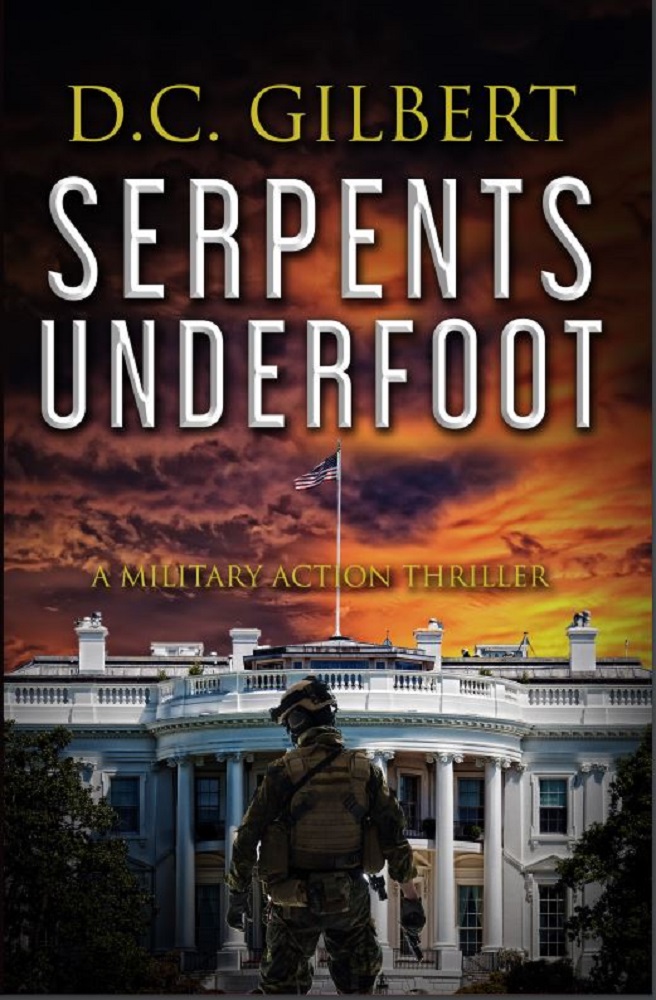 Full of Navy Seal action, the book will enthrall fans of action thrillers…

Gilbert’s impressive debut features a Navy Seal on the trail of an international terrorism conspiracy. Rahman Atta, leader of a high-profile Muslim terrorist organization, has planned it all: detonate nukes on United States land and turn it into a nuclear wasteland. To achieve his sinister goals, he would stop at nothing. After a Navy Seal team uncovers a part of deadly terrorist plot in Afghanistan and brutal assassination of a couple of CIA officials in United States, JD Cordell, a Seal Team 5’s K9 handler and son of a Vietnam veteran, finds himself entangled in the case. As he draws deeper into the case, he learns of a cover-up that reaches the White House. JD has no option than to face the assassinators, and he has his four-legged Navy Seal as his assistant: a Belgian Malinois named Ajax. Will JD and Ajax be able to fight the danger before it gets too late? It takes some time for the narrative to pick up as Gilbert takes his time to establish JD’s backdrop including his parents’ background and his close friendship with a CIA official. While the subplot with JD’s parents’ backstory seems a bit stretched, their military background sets the stage for their role in the dramatic denouement, making it highly convincing to the reader. Despite the complex plot with several sub-plots, the book is high on action and the narrative move along at jet speed. JD’s calm and tough yet sentimental persona makes his character shine throughout the book. Readers will find themselves rooting for Ajax. The animal lovers will be enthralled. Gilbert’s first-hand knowledge of military operations and security details as an army veteran and a licensed security expert provide credibility to the action scenes including the military operations in Vietnamese jungles and man-to-man combat which are first-rate and drawn vividly without going over the top. The last hundred pages take readers on a high-octane, action packed, nail-biting journey, keeping them on the edge of their seats as various events continue to unfold, and the situation almost goes nuclear. The climax is both satisfying and explosive. The book has it all—authentic detail, breathless action, vividly drawn settings, and an exhilarating plot. Action thrillers fans will be rewarded. Readers will wait eagerly for JD and Ajax to come together for another treacherous adventure.