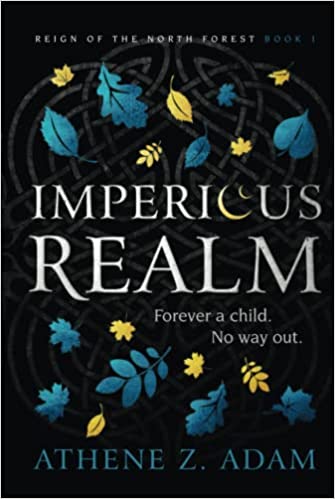 An exciting series starter with engaging concepts and tight plotting…

With the fate of their people hanging in the balance, two young heroes must join hands and find a way out of the impossible situation in Adam’s debut installment in the Reign of the North Forest series. Once a thriving place, planet Eiyesa is approaching extinction: the grown-ups are dying slowly, and the children have stopped aging, confined to their young bodies. With reproduction halting, the population is about to reach a standstill. For Sergen, his inability to age holds a darker reality: his abusive father is holding him and his mother captive in their own home. Kale is struggling to make sense of his powerful father’s harsh political policies. When their paths cross, they realize they hold the key to save the masses. Adam’s futuristic thriller mixes familiar elements of dystopian and space opera to tell a tale of courage, strength, resilience, agency, and integrity. The third-part omniscient narrative deftly relays the protagonists’ journeys as they face new challenges and impossible hurdles. Sergen’s internal conflicts over his fears and insecurities are relatable as he endures immense emotional violence. Kale holds his own. The story develops organically, and the tension remains high throughout, holding readers’ attention. The premise seems simple at first, but it grows in scope as the stakes rise, with Adam skillfully exploring the underpinnings of its dystopian setting. The cliffhanger finale, though, ends abruptly, it provides satisfactory resolutions for many of the major plot conflicts while still leaving readers wanting more. A gripping dystopian tale featuring an authentic cast and plenty of emotion and character.

(Reign of the North Forest Book 1)