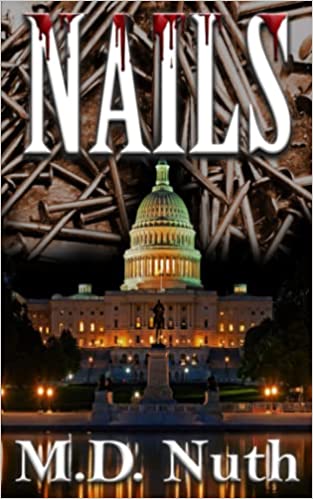 A twisted and darkly gripping thriller…

Nuth’s latest novel offers a grand-scale narrative that fuses elements of political fiction with crime thriller and human drama. Hardcore criminal Tau has always liked to be his own boss. When he is recruited to change the course of a future election, he comes to relish the opportunity despite his initial reservations. Determined to make his name in the world of journalism, Simon is willing to go to any length, even if it means pushing a false narration. Gedeon, an ex-special agent, is ready to destroy the last vestige of democracy on behalf of a secret society. Each of these individuals considers themselves the makers of others’ destiny until the fate reveals their real place. Action is in abundance, and there’s loads of human drama: from Simon’s senseless, greedy pursuit of success to Gedeon’s relentless struggle for domination. Readers will be kept off balance throughout, and the relentless plot twists make for a satisfyingly unpredictable read. The third-person omniscient narration alternates with the protagonists’ first-person perspectives, putting the reader inside the characters’ heads. Nuth is skilled when it comes to drawing layered, emotionally astute characters. Tau and Simon are deeply and insightfully portrayed, and so are other major and minor characters, including Gedeon, B, Brandon, and Leroy. While this is obviously a character-driven tale, it’s the unique plot and skilled execution that make the novel so effortlessly immersive. The shocking, satisfying ending packs a hefty punch. Readers won’t be able to put this one down.