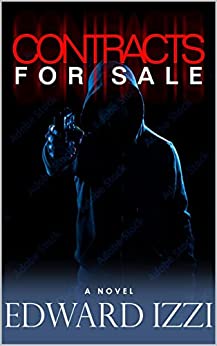 After a series of vicious murders rock the city, the Chicago Sun-Times Reporter Paul Crawford is assigned to investigate the case in Izzi’s edgy latest thriller. When the CEO of a high-profile company at the center of a court dispute disappears without a trace, Paul Crawford’s boss asks him to cover the case and writes a headline-worthy story. Soon, it becomes obvious that the missing man was murdered, and the killer left zero clue. A series of similar murders soon follow, threatening to destroy the peace of the townspeople. Crawford begins to dig deeper, unraveling shocking secrets. But there are several missing pieces that do not fit into the puzzle. Pushed by an aggressively brash boss who wants results at any cost and working with a rival journalist and a tight-lipped lead detective on the case, Crawford shines through and through. Detective Dorian is equally compelling. The secondary characters, including the members of Eradication, Inc. are well-developed and authentic. Fueled by stunning scenes of dialogue between Crawford and Rizzo, who, despite their professional rivalry, join hands to get to the truth, the book moves episodically from bloody, vicious murder to murder, skillfully penetrating the dark world of political and corporate corruption and human greed and lust for power. At the same time, the novel delves into the questions of integrity, truth, betrayal, faith, good versus evil, and how in certain circumstances, it’s almost impossible to differentiate between right and wrong, because one person’s right can be another’s wrong. Between the spurts of action, there are police investigative details, journalism insights along with the nitty-gritty of money laundering and workings of criminal organizations, keeping the reader invested. Some of the incidents feel slightly over the top, particularly the way the Eradication, Inc. came into existence, but Izzi’s sharp eye for details, both in terms of place and character, makes for an immersive reading experience. Well planned on every side, the denouement is shockingly satisfying. There’s a lot to absorb in this book with its large cast of characters, their multiple storylines, and a tangled plotline, but the reader’s commitment is amply rewarded. Although newcomers to Izzi’s work do not need to read his earlier books to enjoy this novel, familiarity with some of the main and supporting characters might enrich the reading experience. A fast-paced, dark thriller that skillfully reflects on the banality of evil.