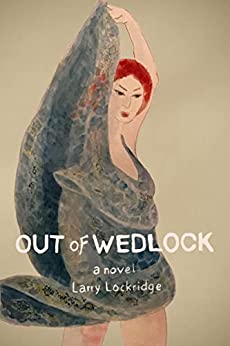 A quirky and yet sensitive, absorbing novel…

A physician’s search for his birth parents unravels to disastrous effect in Lockridge’s latest novel set in Greenwich Village and Santa Fe from 1989 to 2008. Jess Freeman, a renowned facial plastic surgeon who is good at refashioning the identities of others, has no clue about his own birth parents. Transported from one set of foster parents to another throughout his childhood and teen years, Jess made the most of his brilliant intellect and became a plastic surgeon. When a severely injured woman arrives at Jess’s clinic and asks for his help to give her a new face, Jess reluctantly agrees. From there a series of unexpected happenings throw Jess into the middle of a complicated situation. Lockridge keeps a commendable grip on the narrative’s several different strands as he delves into Jess, Natalia, Irma, and others’ backstories, revealing the long-hidden truths—the longings and pains, the unspoken insecurities and self-doubts, the silent betrayals and the unfortunate tragedies—which weighted by issues of trauma and identity slowly bubble to the surface, bringing chaos in their wake. In narrating Jess’s story, Lockridge weaves in melancholy, wit, and strange, introducing new characters on the way while slipping in an astute commentary on Edna St. Vincent MiIlay and D. H. Lawrence’s literary endeavours, the sixties and seventies’ sexual revolution, today’s hookup culture, familial ties, abandonment, identity, trust, betrayal, homosexuality, love, adoption, and the delinquencies of the foster care system. There are the sunsets, the sailing, and the seemingly adventurous trips. Threads of Jess’s shuffling from one foster home to another, Natalia’s obvious disregard for others’ feelings, Irma’s relentless yearnings, Horace’s search for love and stability are woven skillfully into the narrative. The intrigue arises when Jess and Natalia’s love story is interrupted by Irma’s arrival. The novel then breaks into disparate storylines off-shooting into several different directions. It’s in these seemingly contrasting sections that Lockridge’s musings about regret and redemption, trust and betrayal, love and lust, marriage and sexual identity begin to cohere. At its heart, this is a strange, haunting human drama in which boundaries, both the moral and the physical are blurred. In witty, assured prose, Lockridge shows how the long-forgotten happenings of the past have the power to shape the future. Lockridge’s solid writing and magnetic narrative make for a brilliant tale of literary fiction. Original, intricate, and page-turning.