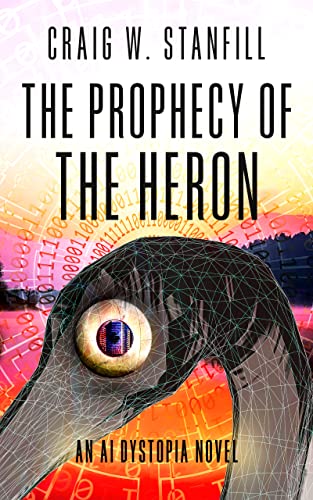 Set in a futuristic dystopian realm in which personal freedom is long-dead, Stanfill’s second installment in the AI Dystopia series offers a grand-scale narrative that mixes SF with suspense thriller and human drama. The world is controlled by corporate monopolies, such as The Food Company and a corrupt social conscience movement called UCE, which use AIs to impose their will on society through a combination of rewards and punishments. Sent to District 33, one of the most dangerous and decrepit outer districts, Kim has no option but to fight for her survival. Trying to rebuild her life, Kim joins the underworld leader Len’s gang and becomes a much-feared knife-fighter. But the Director, the dark master of the AIs, is still on Kim’s trail.  When an unfortunate situation forces Kim to go into hiding, she finds herself in an enigmatic parallel world of virtual reality. She must get ready for an epic confrontation in which the fate of the AIs and civilization itself may hang in the balance. In this genre hybrid—which seamlessly fuses elements of SF, coming-of-age contemporary fiction, and suspense thriller—Stanfill skillfully reacquaints returning readers with the complex realm of AI controlled world while also expanding it. Where the first volume was more of Kim’s flight in the face of menace, this one is  a survival tale with a mysterious enemy determined to destroy Kim. There’s plenty of action, and loads of human drama: from Kim’s determined pursuit to regain her life to Len and the group’s relentless struggle for domination. Readers will be kept off balance throughout, and the relentless plot twists make for a satisfyingly unpredictable read. Additionally, Stanfill skillfully creates layered, emotionally astute characters. Kim, especially is deeply and insightfully portrayed, and so are other secondary characters. The richly described worldbuilding keeps the reader engrossed: the AIs-controlled world and its futuristic technology beautifully come alive on the pages. While this is obviously a character-driven tale (even secondary players are adeptly developed), it’s the meticulous worldbuilding and unique storyline that make this volume so effortlessly immersive. The novel is written as a stand-alone read, so it is not necessary to have read the first book in order to enjoy it. Tight plotting, a rich tapestry of character-centric threads, and nonstop action make this a must-read. Highly recommended.

The Prophecy of the Heron: An AI Dystopia Novel