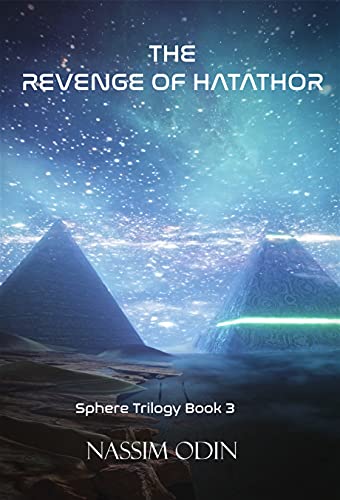 A captivating premise and great fun…

Odin creates a compelling and intriguing SF tale in this concluding installment in The Sphere of Destiny Trilogy, delving into the intricacies of life, love, revenge, and redemption. Al-Khidr is back on Lyra once again and notices there’s something odd about the majestic alien planet. Struggling to come to terms with the loss of Estelle, Al-Khidr is content to put his energy into finding the cure for Mutmut. Meanwhile, Hatathor is also in Lyra and is determined to execute his unfinished revenge. Will Al-Khidr be able to stop him? Odin tells a fast-paced story with occasional medieval elements, populated by well-developed, multifaceted characters. Exciting action scenes and surprising twists add further intricacy to the narrative. Al-Khidr and Hatathor’s ongoing stories intriguingly delve into a battle of good versus evil. The sensitive, no-nonsense Al-Khidr is not afraid to go to extremes, especially when fighting for what he believes in, no matter the cost, and his building romantic relationship with Nefertiti is realistic and compelling. This captivating amalgamation of the futuristic and medieval worlds will have readers mesmerized.