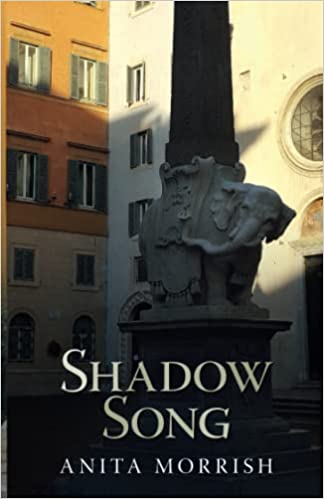 A brilliant story of courage, resilience, and love…

In the shadow of war and resistance, a young couple struggle to stay alive in Morrish’s engrossing historical tale. War is ravaging Italy, with the Allies bombing Rome while the city remains occupied by the Germans. In their struggle to survive, most of the city’s residents join the burgeoning resistance. Francesca, an art student, is content working at Rome’s opera house, but soon realizes that nothing is as it seems. Meanwhile, Carlo, an army doctor, who has fled Rome four years ago, returns unexpectedly and realizes that turning his back on the past is not as easy as it sems. As the duo join the resistance, they realize they cannot escape danger. Can they survive until Rome is liberated? This is an impressive historical drama that includes a moving peek at the aftermaths of World War II and what it means to strive for a better world but tempers intense emotionalism with sensitive romance elements. Both Francesca and Carlo are fully developed characters who long to experience the unpredictable chaos of a normal life without the fear of war, but there’s fear and misperception—theirs and those of the people around them— that they have to navigate before they can find happiness. Sensitive and determined, Francesca is easy to like. In the troubled, hard-bitten, but vulnerable Carlo, Morrish has created a memorable character who will stay on the reader’s mind for long. Morrish beautifully peels away the layers of Carlo’s life, revealing how hard it has been for him to be back in a place he fled years ago. Struggling to find a balance as the Allies fight to drive out the Germans while the Italian fascists and the resistance wreak havoc in people’s lives, Francesca and Carlo’s story makes you feel the enduring grace to be found even during the most horrendous circumstances. Plotwise, the core story is pretty straightforward: the novel tracks Francesca and Carlo’s involvement in the underground resistance. But the character’s interpersonal dynamic is a critical part of this novel, giving depth and a much-needed sense of surprise to the story. Their struggle with personal desires versus humanity raise questions of what it means to be humans and how simply existing and thriving are two different things. Through Francesca and Carlo’s story, Morrish recognizes the cycles in which both her characters and the nations remain trapped, cycles of suffering and war, with people struggling with grief and trauma. Yet for all this, the novel is full of indestructible love and relentless hope. Fans of historical drama will be enthralled.