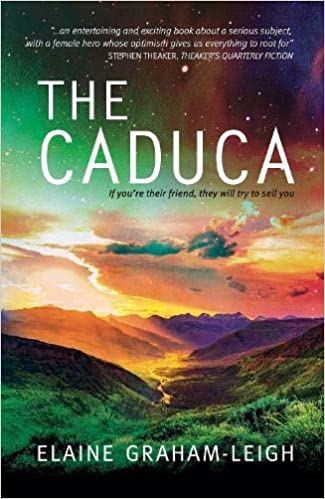 Set in the far-future, Graham-Leigh’s brilliantly outstanding hard SF tale is a vivid examination of tyranny, resistance, and liberation. Just another poor and violent ex-Terran colony, the planet of Benan Ty is a chaotic place with a constant fraction between the guerrilla group ViaVera and the reigning government. For Quila, a rising figure in the Chilme diplomatic service, the posting to Benan Ty could be a turning point in her career. Meanwhile Terise, one of ViaVera’s key member, is just trying to get her lover out with his life. As their paths cross, they discover they both have much to lose. It’s rare to see such an ambitious plot with equally enormous, incredible setting and packed with an outrageous amount of information in a single story. And despite the plot’s aspiring scope, the novel’s reach doesn’t come at the expense of its psychological depth. Graham-Leigh handles various disparate plot threads with aplomb. The narrative is fueled by tension with high anticipation at the back. The depth and skill with which Graham-Leigh draws her imaginative characters make them come out alive on the pages. She skillfully captures Quila’s voice as a conflicted professional who continually questions her own choices, making her apprehensions thoroughly comprehensible and authentic. Her portrayal of Terise’s efforts to cope with her feelings of alienation and inner turmoil is equally convincing. The reader will enjoy the cozy friendships and shifting loyalties between different protagonists, the backdrop of a futuristic corrupt society where humanity has gone to the stars but taken exploitation and oppression with them, and thoughtful engagement with the question of what is it that makes something really right or wrong. The novel’s pacing is brisk, and the bittersweet, satisfying ending successfully resolves all the major and minor plot threads. The intriguing cast of brilliantly portrayed characters, fully fleshed-out futuristic settings, and spectacular space-age technology keep the readers invested throughout. The sophisticated treatment of the novel’s main protagonists and the complexity of their philosophical reflections make this an apt read for morally serious readers of both science fiction and literary fiction. Throughout, Graham-Leigh interweaves the complex themes of imperialism, resistance, oppression, disruptive politics, liberation, the needs of the society versus those of the individuals, and humanity’s inherent faults despite their location. Dense and powerful, this is a total knockout.