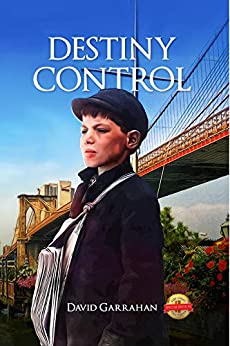 Dynamic and gripping… A remarkable portrait of one man’s pains, hardships, and remarkable achievements.

Garrahan, the former university professor, the Director of Pupil Personnel Services and District Superintendent of Schools, and author of several books, narrates his journey of rags-to-riches in this deeply poignant memoir, an exploration of dysfunctional family units, poverty, grief, and perseverance. Born to a mentally unstable mother and absentee alcoholic father, Garrahan had his first brush with homelessness at age six. Garrahan and his siblings realized they have to support themselves if they want to survive. Eating out of trash cans placed behind restaurants and stealing food from vendors became new normal for the children. The brothers even had quite a long stint as “shine boys” at railway platforms, city streets, and pubs as they struggled to earn an honest living. Their lives turned upside down after their mentally fragile mother succumbed to severe mental breakdown, owing to their father’s alcoholism and consistent philandering and tried to kill the children. The maniac episode sent her to a mental asylum for criminally insane for nine years and separated the children, with each of them placed with relatives. Garrahan spent five years staying at his uncle’s farm, but had to leave it right after his high-school graduation. Back in New York, Garrahan began to work at a local yacht club while continuing his studies and graduated from college as a math and science teacher. Eventually, he acquired a Master’s degree from Lehigh University and a doctorate in psychology at Columbia University. And thus, began his remarkable career as a university professor at the Graduate Faculty of Columbia University and Frostburg State University. He also served as the Director of Pupil Personnel Services and District Superintendent of Schools where he took it upon himself to clean the corrupted school system. His troubled background (his history as a rogue child and a teenager) made him the target of privileged parents and colleagues, but he stayed true to his role as the spirited, unwavering champion for the downtrodden. Garrahan’s prose is assured, narrative fluid, and storytelling entertaining. A heap of family photographs complements the ongoing story while old letters and pictures of newspaper articles add to the authenticity. Fluidly written and brilliantly conceived, this is not only the celebration of courage, hard work, and resilience but also a deep exploration of family bonds, abandonment, forgiveness, and perseverance. Beautifully written with candor and skill, this memoir of one man’s rags-to-riches story is both compulsively entertaining and tremendously provocative.