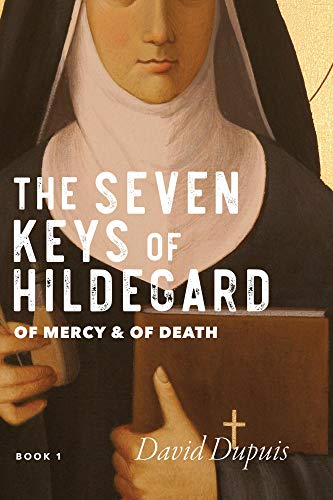 An intriguing blend of action, religion, and politics…

Dupuis pits dark forces against the Nazarene Church in this swiftly paced first installment in The Seven Keys of Hildegard series. In 1167, Hildegard, a German nun, has a troubling vision, prophesizing the end times. It was a fine May day in parish of Fatima, Portugal, in 1917 when Mary appeared to Lucia dos Santos and his two younger cousins and revealed mysterious secrets, marking the beginning of a period of 113 years—from the turning of the first key until the seventh is fulfilled. As the troubling period begins, the keepers of the Watch get ready for the arrival of the Son of Lucifer, and this time, they are determined to win at any cost. Packing the novel with enigmatic figures, Dupuis sets a smooth pace as the Church officials race against time to try to save John from the dark forces. Dupuis skillfully blends religious intrigue, action, and thrills of a chase, his worldbuilding is vivid, and he creates some genuine intrigue in tackling events throughout the early 20th century. At times, it becomes difficult to keep track of various storylines, especially with multitude of events taking place simultaneously, but the narrative is laced with enough twists and shocks that keep the reader invested until the last page. The cat and mouse hunt between the keepers of the Watch and the Church officials make the pages fly by. The conclusion is both uplifting and satisfying, hinting at a larger adventure to come in the next installment. This engrossing blend of religious intrigue and action should appeal to lovers of conspiracy thrillers.

Of Mercy & Of Death

(The Seven Keys of Hildegard Book 1)