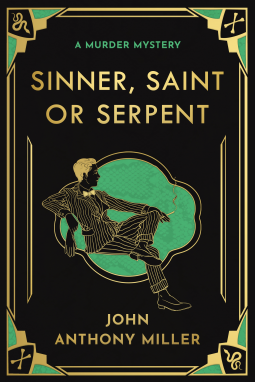 Set in New Orleans in 1926, Miller’s engrossing historical featuring ‘Justice’ Harper finds the investigative journalist in the middle of a high-profile murder investigation along with three women suspects. Investigative reporter ‘Justice’ Harper finds himself as one of the potential suspects on the list of police after he accidently stumbles into a fresh murder scene of a much-hated, ruthless businessman August Chevalier. But Justice is not the only suspect: Blaze Barbeau, a wealthy woman, Lucinda Boyd, a generous widow, and Belladonna Dede, the Voodoo queen, are also ripe on the police’s list of suspects with each having a unique motive. Who is the murderer? Is it one of the women or someone else? It’s up to Justice to solve the case now. As the main protagonist, Justine is both relatable and likable. Despite corrupt politics, he steadfastly maintains his integrity while searching for truth amid threats from unsavory elements. Remy Morel is a complete darling. Other characters are equally remarkable. Miller’s tight plotting maintains deep interest throughout, and the swiftly flowing narrative makes the reader thoroughly invested in the story. The tension stays high with a regular dose of fast-moving plot twists, and the satisfying conclusion will both surprise and shock the reader. The vivid portrayal of 1920s bustling New Orleans with its class division, mafia-controlled business sector, and the bootlegging schemes of rich and powerful make it an intriguing place. With its wealth of compelling characters, atmospheric setting, and fast-moving plot, the story makes for a delightful reading adventure.

Note: This book is free on Kindle Unlimited.

1 thought on “Sinner, Saint or Serpent by John Anthony Miller”