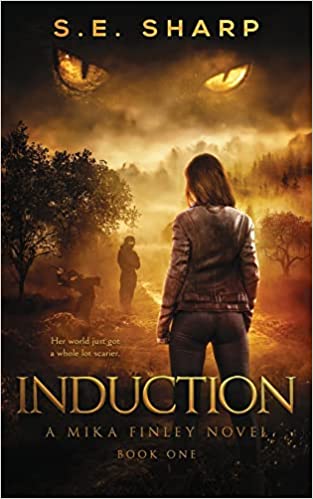 An imaginative tale with extraordinary world-building and complex characters…

Sharp’s thrilling YA urban fantasy promises a magnificent world filled with extraordinary monsters, high tension, and poignant human drama. Sixteen-year-old Mika Finley was the one driving when her car collided with a mythical-looking beast, killing her younger brother Aaron. Now months later, Mika has recovered from her physical injuries, but the guilt of causing Aaron’s death weighs heavy on her mind. Finding proof to the creature’s existence is the only way Mika can find some kind of closure. As she begins to look into the existence of monsters, she is sucked into an underground world filled with astonishing secrets, scary monsters, menacing demons, and other almost-impossible-to-kill beings. In the process, Mika learns of her own peculiar talents and finds unlikely allies in a monster-fighting group of ninjas. Sharp’s determined heroine is thoroughly compelling. She deftly portrays Mika’s inner turmoil as she struggles with guilt of causing her brother’s death. The story contains suspense and plenty of setup. This is the first installment. However, Sharp takes her time setting up character and setting, especially the first half of the novel that reads like a fragment of a larger story, an introduction to character and place. But the pacing picks up toward the middle, and from there, it’s a compelling world filled with relentless tension and vivid characters. Add in the endearing bond of friendship between the protagonists and you’ve got a winner. Readers will wait eagerly for the next installment in the series.

Induction: Her world just got a whole lot scarier.