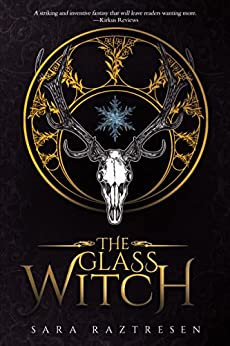 An icy winter landscape and a forbidden romance set the mood for Raztresen’s debut fantasy novel. The Ringlands is a continent divided into four seasonal realms. When a Summer tragedy wreaks havoc in the Winter king Jädrich’s realm, the king wastes no time to break the ancient pact, hindering the progression of one season to another. Aveline, a half-Summer, half-Winter pariah, has barely survived a century hiding in a cave atop Summer’s only snow-capped mountain. The rulers of Spring, Summer, and Autumn approach Aveline to secure her help in ending the seasonal standstill. Soon, Aveline becomes a contestant in the king’s bridal competition with the sole intention of killing him. But her feelings for the king begin to come in her way. Told in Aveline’s voice, with shifts to the perspectives of other characters in between, the story excels emotionally in its portrayal of intimate moments with a small cast of authentic characters and a lush fantasy world. While various stages of the wedding contest and Aveline’s cat-and-mouse game with Jädrich keep the story ticking along, the action and excitement really escalate in the latter half of the book as Lady Ronterweis begins to investigate Aveline’s past. The chemistry between Aveline and Jädrich is delicious, and Aveline’s growing attraction for the latter leads her to question the very fabric of her own identity. Whimsical, romantic, and deeply satisfying, this character-driven story builds to a cliff-hanger ending, leaving readers eager for the follow-up. Un-put-downable.