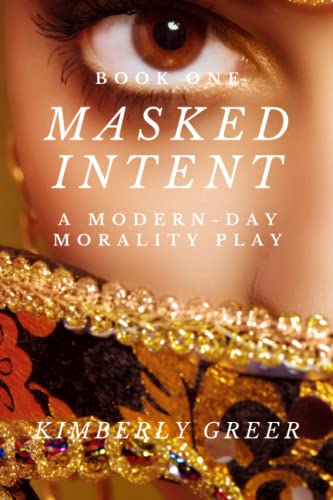 Greer’s debut installment in The Morality Plays Series is a deeply felt and emotionally nuanced contemporary romance strengthened by memorable characters and well-constructed conflicts. Disappointment and heartache are nothing new for Alexa Winston: her relationship with her birth parents had been fraught and the man she married turned out to be a complete jerk. When she meets the handsome Mateo, the spark flies immediately. But Mateo has a reputation. As the couple gets closer, Mateo’s reputation begins to get in the way of their relationship. But that’s not the only complication: Alexa herself is a master at self-deception, failing to see her own secrets and troubles that more than often get in the way of her happiness. Greer’s writing is crisp and sharp, and the pacing measured. Her storytelling is excellent: she lets her fully fleshed-out characters do the heavy lifting. Alexa is an endearing protagonist whose past experiences leave her cautious when it comes to love and relationship. Greer keeps the reader invested in Alexa and Mateo’s intricate relationship by slowly revealing what went wrong for Alexa in the past; the men she met prove to be unequivocally jerks throughout the relationship. She deepens the love story with a sensitive exploration of why both Alexa and Mateo are unable to succumb to the relationship they both crave. The focus on both characters’ separate personal dilemmas brings them alive on the pages. While Alexa and Mateo’s love story is the novel’s focus, there’s also the matter of self-deception along with authenticity, which grows elusive as the pull of power and influence takes hold. The subplots involving the secondary characters are equally well-developed, and the link between Alexa and the boys is heartfelt and sincere. She weaves in some scandal: last minute called-off marriages, a revenge storyline, and enough secrets to keep the tension high. But she’s not just prompting the next page turn. The novel is concerned with how the lust for power and influence drives our actions and motivations and how the best intentions have nothing to do with what a person does in the end. This is an engaging read that touches on the intricacies of marriage and relationships, lost and misplaced love and the emotional anguish it brings, deception, denial, regret, second chance, and self-realization. Readers looking for well-written, intricate contemporary fiction won’t want to put this down.