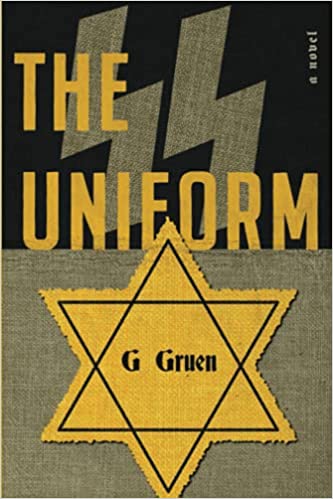 A crackling historical thriller that’s one to savor…

Gruen brings to life the WWII era to life in this taut, atmospheric tale of a Jewish labor camp prisoner’s attempt to escape from captivity. Life is hard, but it is his youthful vigor and determined wit that’s keeping David Korda, a young medical doctor trained at Prague’s finest university, alive in the Nazi’s ragged labor camp as a prisoner. With only hours until his transport to a death camp, David stumbles upon the body of a murdered Gestapo officer and realizes the dead man’s uniform is his last chance at escape. But with Leibig, a ruthless SS officer, on his trail, escape is not as easy as it seems. Gruen demonstrates a mastery of classic realism as he draws his authentic cast of characters. David is an endearing protagonist, vibrating with a youthful vigor and wit. He realistically conveys how David navigates life as a prisoner of the Nazi, capturing his emotional anguish as he tries to come to terms with the reality of being a Jew. The WWII era is evoked with keen atmospheric detail. Gruen offers an unflinching depiction of anti-Semitism, and his portrayal of how the war’s wretched conditions bring out people’s worst behavior, including greed, betrayal, jealousy, and violence, is compelling. Plot threads of regret, revenge, and endearing camaraderie between man and beast emerge as David takes out a daring endeavor, setting out to escape the clutches of the Nazi. This suspenseful survival story moves briskly, delivering evocative, tense scenes on a war-trodden land. Readers looking for finely constructed historical fiction with fully realized characters and a thrilling survival story are sure to be enamored.