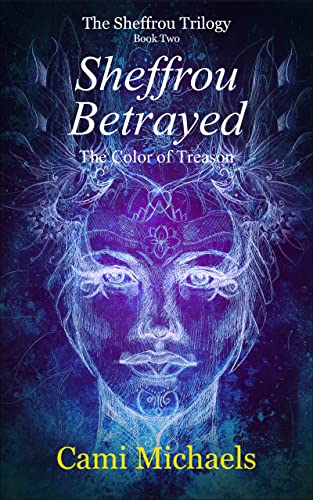 An Earth woman and an alien male set out on a quest to save a dying race from extermination in Michaels’s second installment in The Sheffrou Trilogy. It’s been six months since Tamara fell through a wormhole and landed in an alien world. While still trying to come to terms with the new reality of her circumstances, she is more than content. But an enemy attack change everything. Now Maashi is missing, and a mysterious plague is killing the young alien offspring. Tamara must team up with Maashi’s allies and an enigmatic alien with a shady reputation to find the missing Sheffrou. Michaels’s crisp prose and vivid details deftly construct a SF world that is familiar and alien at once. As Tamara unites forces with others, their quest propels the narrative forward with increasing suspense, cresting in a series of shocking reversals and revelations. Despite simple language, this sci-fi tale works on many levels, from a thrilling adventure of intrigue and space adventure to a subtle probing of questions of trust, choice, and destiny. Michaels draws her characters with precise care and understanding: Tamara is a fierce, determined, and comprehensible heroine—likable but realistically flawed; the secondary cast is equally compelling. The antagonists are intimidating, and their actions flow naturally from both their characters and circumstances. While still evoking standard romance tropes, this installment falls more into the genre of sci-fi thriller than its predecessor. Anyone who has kept up with Tamara’s story will be eager for the concluding volume. This is a winner.

Sheffrou Betrayed: The Color of Treason