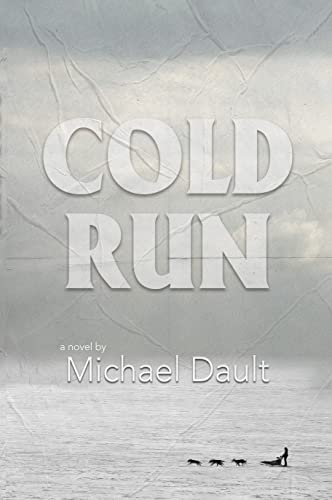 Intense and complex… A solid thriller.

Dault delivers a taut and intricately crafted tale, the debut installment in his thriller series, introducing the conservation officer Cy Ford who is drawn into a dangerous turf war between two mob groups over the control of a lucrative drug territory. On the surface, Ford seems like a reserved guy who likes to keep to himself. But living in Michigan’s Upper Peninsula, Ford makes the most of the weather: during the winter months, he moonlights as a drug-running dog sled musher, a lucrative sideline that’s allowed him to accumulate a small fortune. Ford is just getting ready to get out of the game for good when a turf war over the control of territory breaks out between two mob bosses. With his life in danger, Ford must prepare himself for a dangerous faceoff. Dault is an expert at pacing, and he lets the tension gradually build to a boiling point. The suspense is in plenty, and the level of action and violence stays steady throughout. However, this is as much a book of action as it is a greater reflection on personal choice and consequence: Dault is as interested in plot as he is in probing the troubled inner lives of his characters, their fears, insecurities, passions, dreams, the choices they make, and the dangerous implications that those choices leave behind. The most fascinating side of the novel (obscure and not openly explored) is that Ford’s search for security leads him to make some pretty shady choices of his own, with him believing that the end justifies the means. Ford is not the perfect hero: there are tints of darkness to his character, which not only add an extra layer to his personality but also provide him an endearing appeal, making it easy for readers to root for him. The use of third-person omniscient narrative voice is particularly effective in reflecting Ford’s unambiguous sense of loyalty and safety. What’s even more impressive is Dault’s densely layered, intricately woven rendering of dog sledding through the wilds of Michigan’s Upper Peninsula, a land that is beautifully abundant in natural beauty. While the latter half of the book is high on action, the comparatively slower early sections deftly set the stage for the looming high intensity chase. Throughout, readers will be captivated by an array of intriguing, distinctive characters, from itchy-fingered mobsters to fierce, working sled dogs. A densely created, intricate action thriller that asks what is worth sacrificing for security and safety.