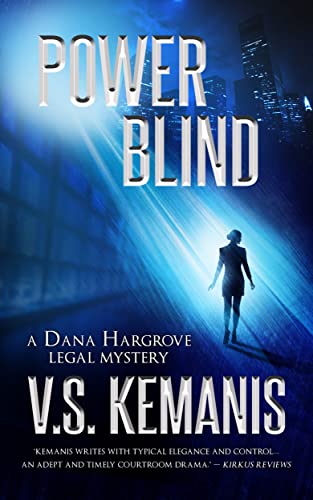 Kemanis’s latest novel, the sixth in Dana Hargrove series, is a solid, fascinating legal thriller that explores the limits of love, guilt, and punishment. Former prosecutor Dana Hargrove, who has been appointed as an appellate judge, finds herself at odds with her own children after two separate cases, including a high-profile murder case and a terminally-ill teenager’s fight against the state’s forced medical treatment come for hearing in her court. Dana must find a way out of family crisis while dealing with a burning political scandal and ethical intricacies. Kemanis plays on relevant themes of corruption and the lure of power while exploring family ties, relationship, love, marriage, duty, and integrity. Readers will be captivated by the intricately drawn characters, but what’s even more impressive is Kemanis’s densely layered, intricately woven rendering of the law enforcement and justice systems as her heroine tries to carve a role for herself in the face of increasingly harsh circumstances. With its complex plot, atmospheric settings, and intriguing cast of multi-layered characters, the novel makes for a solid legal thriller.