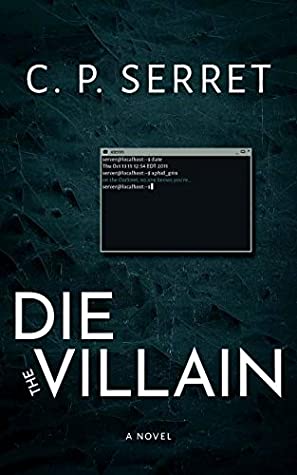 Intriguing tale of action and betrayals…

Sinister secrets, lies, espionage, and intrigue mark Serret’s debut, a contemporary thriller about an undercover consultant who finds himself embroiled in a sinister conspiracy after he meets an enigmatic woman in a cafe. Cris Finn, who has just returned from Japan working undercover as a consultant, finds himself enamored by the beautiful, enigmatic Chloe after he meets her in a coffee shop. Reserved and bookish, Cris is hesitant at first, but soon finds himself taken in by the lovely Chloe’s endearing go-getter persona. A bond of friendship forms between the two. Wealthy and hip, Chloe takes Cris around the town, introducing him to the buzzing social scene. But things are not as they seem. A sinister conspiracy throws Cris in the path of a destructive situation. With the CIA involved and bad guys on his trail, Cris must find a way to get out alive. Serret makes use of all the genre tropes, including economic espionage of epic proportions, double cross, a cybercrime gone wrong, an intriguing hero, sinister villains, shocking twists, and deadly betrayals while delving into his protagonist’s inner upheaval and trauma. The action is in plenty, and Serret pulls some nice surprises along the way. The skillfully entwined new revelations, Cris’s interactions with Chloe and later with Taylor, and passages taking readers into Cris’ inner psyche keep the readers intrigued. With the warped cast of characters crossing and recrossing paths, devastating events unfold, bringing chaos in their wake. Cris, as a gender-fluid hero, does full justice to his character. He is highly intelligent, resourceful, and emotional. Although everything he does is on the shady side, he embodies such humanity that readers will find it impossible not to root for him. Chloe is equally convincing. While some readers may find the secondary characterization a bit shaky and narrative loose, Serret takes a stock noir setup and makes the most of it through clever twists and intelligent plotting. His skillful use of noir landscape lends plenty of atmosphere to accompany the tale’s lessons of caution, hope, and integrity. Along the way, Serret delves into individual struggles, alienation, regrets, friendship, trust, betrayal, heartbreak, and self-discovery. This mix of contemporary action and the hard-boiled isn’t for everyone, but it will strike a chord with readers looking for a gender-fluid protagonist in noir genre.