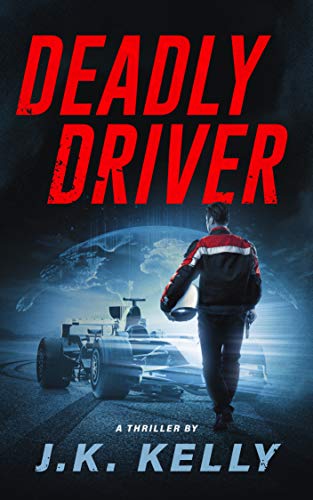 Clever, thrilling, and full of intrigue, this is suspense thriller done right…

Kelly’s spectacularly crafted latest plunges readers into a fully realized world of murder, conspiracy, and intrigue. A celebrated Formula One race car driver, Bryce Winters thinks he has seen a lifetime of danger racing cars on race tracks. But when he is thrown into a treacherous world of murder and secret assignments by his own country’s CIA, securing his freedom becomes a deadly game of wit and murder. Bryce must tread carefully or risk losing everything he holds dear. The narrative moves at a vigorous pace, and readers will find themselves acclimating to Bryce’s visceral world right from the start. The fast-moving plot, with deadly conspiracies, shocking revelations, brutal killings, sinister villains, and intrigue and revenge keep the pages flying. The endearingly flawed protagonist, immersive details of car racing, and deadly battles both with the powerful enemies and inner turmoil make this a page-turner.