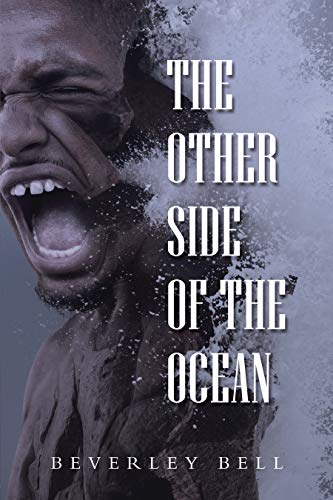 Raw and haunting… A poignant tale.

Bell examines horrors of war and a person’s struggles with identity in a foreign land in her engrossing debut. The young Saah Kamandu is content living a sheltered life in Freetown, Sierra Leone with his parents and older sister. School, friends, and soccer fill his days. The country is ravaged with civil war with rebels raiding various cities, but the capital is still safe and so is Saah’s home and his family. But things change when rebel soldiers attack Freetown, bringing devastating chaos in their wake. Within a span of a few days, Saah’s father is dead, his mother goes missing, and he is taken captive by the rebel forces along with his brother-in-law while his older sister is abducted in front of his eyes. By a stroke of luck, Saah and Musa escape their captors and eventually the country. But that’s just the beginning of a turbulent life for the young boy. As he starts his journey from Guinea to Ghana and eventually to the safety of Australia, he struggles to come to terms with his new life while contemplating losing a part of his identity. Short passages describing Musa’s endearing optimism and determination balance Tenneh’s turbulent story and evoke rape victims’ struggles with PTSD, trauma, and panic attacks. Bell’s prose is simple, and she beautifully portrays her protagonists’ struggles as they face war’s horrors head on. Much of the narrative follows Saah and Musa’s journey through destitution, and there is plenty of intrigue and ripe emotions, but Bell is at her best when describing the persistent loneliness of Saah’s life in Australia. She captures the complex themes of migrant life, including immigrants’ struggles with cultural dissonance and isolation. As Saah returns to his birth country, the dilemma he faces is conveyed with conviction. Through his story, Bell examines how the lives of the immigrants who willingly or unwillingly return or chose to stay never stay the same. The blood diamonds, the root cause of the war, are mentioned only in passing, but the way the repercussions of diamond smuggling is felt far beyond the borders of the war-ridden Sierra Leone and the country’s struggles with extreme poverty and civil war is portrayed with authenticity. Saah, Musa, and Tenneh’s story is heartbreaking and yet it conveys a sense of hope and promise. Honest and inspiring, the novel captures despair and joy, along with convictions and contradictions of refugee and immigrant experience.

The Other Side of the Ocean