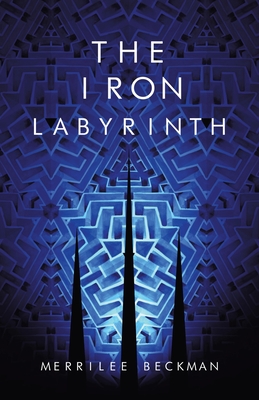 A powerhouse of a SF tale…

Intricately plotted, imaginatively written, and brilliantly executed, Beckman’s debut delves into the complexities of self-discovery and power play as her protagonist finds himself kidnapped and taken to the deep recesses of earth into an iron labyrinth. It is 1947. One moment Brian Renwick, the literary editor for a London-based publishing company, is in his kitchen, opening a window, and the next moment he loses consciousness and awakens only to discover that he is in an underground labyrinth made of solid iron and his captor, who calls himself Uncle, is an enigmatic, powerful figure who abducts men from around the world only to force them into slavery. Along with other abductees, Brian now faces a relentless regimen of arduous labor, extreme physical training, and intense one-to-one psychological audiences with Uncle. Soon, the desolation and brutality of the Iron Kingdom begins to take its toll on Brian, making him look for ways to escape. Beckman plunges her readers into the layered world of the subterrestrial iron kingdom and secrets and uses her antagonist’s extraordinary mind controlling power to prompt her characters to examine the demons that plunge their psyche and endanger their freedom. Readers will quickly be enmeshed in the desolate world of Iron realm and Brian’s journey of self-discovery as his captor’s brutal ways force him to come to terms with the long-suppressed side of his nature and confront his own struggle for power over himself. The faceoff between Brian and Uncle gets interesting with each passing moment as Brian’s extreme individualism gets in his way of bowing to the ruthless dictator’s brutal tactics. The intimidatingly sinister Uncle is the ultimate villain. The sections detailing Uncle’s gruesomely torturous techniques are downright frightening and utterly realistic. Brian shines as the protagonist. His courage, sheer will, and relentless determination make him an unforgettable hero. The adept combination of immersive prose, convincing characters, sharp psychological insights, and well-woven speculative elements makes for an unforgettable experience. However, Beckman’s biggest strength is portraying her characters’ struggles with both the eerie desolation of the labyrinth and their own demons. While the ending leaves some questions unanswered, Beckman’s expert exploration of self-discovery, identity, and power struggle within and with outside forces will delight the morally serious lovers of speculative fiction. A masterful blend of SF and magical realism, the novel is as entertaining as it is thought-provoking.