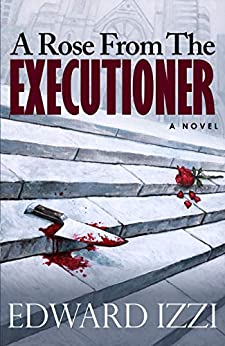 Izzi traces an intricate course marked by brutal serial killings, bouts of extreme torture, an insurance fraud, secret societies, dirty church politics, and global conspiracies, in his fast-paced, multifaceted latest, featuring Detective Philip Dorian of the 16th Chicago Precinct. The ritual killing of a former priest in the Chicagoland area sets Dorian on a path that eventually leads to him investigating gruesome serial killings of many Catholic priests. The victim’s clean history puzzles Dorian who is trying to find a link between the ritual killing and the victim’s past. When the victim’s life insurance policy in the amount of five million comes to surface, Dorian knows there is more to the killing than it seems on the surface. With the Archdiocese involved and the chief of staff to the Cardinal Monsignor Joseph Kilbane’s close connection with the mafia boss Anthony ‘Little Tony’ DiMatteo, the things get more complicated. More murders follow, and it seems there is someone seeking retribution for decades-old injustices caused by numerous pedophile priests. Izzi is adept at portraying both good and evil in his characters. The impressive large cast of characters includes police, venal and egotistical members of Catholic church, and a group of vigilante serial killers along with the sinister Chicago mafia. Dorian as the lead detective shines. He is a complex character whose integrity and high principles make readers root for him. Anthony ‘Little Tony’ DiMatteo, with his ruthless nature makes for an impressive mafia boss. A standout in the large array of cast is Kilbane, whose cunning machinations keep Dorian and others in the 16th Chicago Precinct busy. Izzi’s crisp prose is well suited for the tension-filled, high action scenes in which the story takes countless unforeseen turns at high speed, and his darkly expressive imagery, including descriptive passages of violence, bloodshed, physical torture, and sexual abuse of young boys make for a mature reading experience. The measured pacing, gritty, realistic dialogue, and intricate plotting keep the pages turning. The complicatedly plotted narrative is rife on shocking revelations, and a dramatic resolution draws the threads of the plots together. Izzi handles the complex themes of pedophilia, corruption, social justice, vengeance, and redemption with skill and understanding. With its heavy action and a fast pace, this novel is both chilling and first-rate entertainment.

A Rose From The Executioner