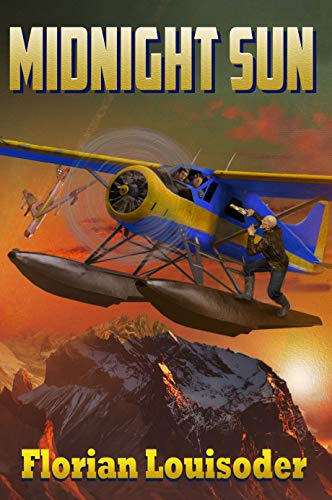 A nuclear scientist finds himself embroiled in the buildup of the Cold War weaponry in Louisoder’s page-turning action thriller. When the Cold War ends and the arms race between the Superpowers stops, Ralph Dempsey, a nuclear weapons expert, finds himself losing his job. With his personal and professional life in shambles, Ralph is at the brink of despair. When an international arms dealer approaches Ralph with an offer of millions in cash in exchange for recovering bomb-grade nuclear material, Ralph refuses point black. Soon, the terrorists kidnap Ralph’s older son. Ralph has no option but to brace himself for a fight against sinister forces. Louisoder’s portrayal of bomb-grade nuclear material lost during the Cold War and its subsequent recovery by unsavory elements serves as a fascinating backdrop for the action plot. Louisoder deftly provides small details to show Ralph’s human side, offset by his many obvious failures as a husband and father and cunning of his enemies. The sympathetic portrayal of Brian adds depth. The action shifts smoothly among the various story threads, and expertly rendered fight scenes fill out the fast-paced plot. Readers will welcome all the high-tech nuclear jargon as well as protagonists who would go to any length to save the lives of the ones they love. Although family ties and relationships are an important part of the plot, this is an action thriller at heart with focus on high stakes terrorist activities and espionage. Readers will hope the courageous father-son duo returns soon.