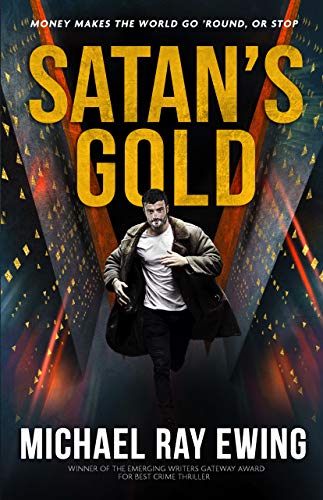 Pitting the disgraced ex-FBI agent Tyler Jackson against a clever criminal, Ewing’s expertly plotted, wholly engrossing conspiracy thriller is crammed with romantic entanglements, individual struggles, financial intrigue, and high-tech drama. Struggling to rebound from a series of unexpected happenings that have jeopardized his name and reputation, Tyler is determined to locate the elusive Daemon. His relationship with Suzanne is almost over, and there are dangers every step of the way without any institutional backing. With his former boss at the FBI, threatening to haul him in, Tyler knows he must intensify his efforts to locate Daemon. But Daemon is not the only one who poses risk to Tyler’s life. There is an unknown assassin who’s trailing his every step. Tyler must do everything in his power to track the missing money or risk not only his own life but also of the ones he has come to care about. Ewing keeps the suspense high as Tyler intensifies his hunt for both the missing money and the cunning Daemon. The twisty, fast-paced narrative shifts neatly between the ongoing investigation and Tyler’s emotionally fraught personal life. While Tyler’s longing for Suzanne evokes empathy, it’s his dynamic with Dixie that drives the story, keeping the reader intrigued. A credible, finely executed plot, solid prose, and nonstop twists are pluses, but the book’s real appeal stems from its relatable, flesh-and-blood characters. Tyler, with his grit and damaged personality, is nicely complemented by a cast of entertaining characters, including Dixie, with her brass knuckle resilient attitude, and Quinten Pavak, the former New York City police detective, who is fighting his own personal demons. There’s a strange delight in watching Alec’s interactions with his half-brother and his efforts to identify and punish the person responsible for the latter’s condition. With ruthless determination and drive, he comes out as an intimidating antagonist. However, his bond with Adrian softens the hard edges of his personality, making him thoroughly humane. Seamlessly blending high action with technical tropes, Ewing captures the data-powered digital technology’s lure and the devastating damage it can cause on world markets with the risk of non-savory elements mining and exploiting data for personal, particularly financial gains. Readers will find themselves guessing about what’s really going on right up to the surprise ending which brings a welcome note of healing for Tyler. This breakneck-paced thriller is absolute fun, and readers will eagerly await Ewing’s next.