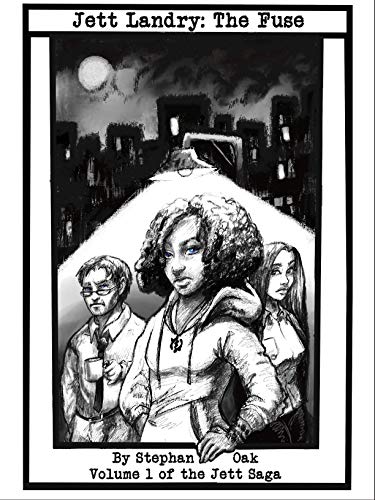 Oak explores a teen girl’s navigation of race and bullying in this impressive series kicker in The Jett Landry Saga. After her mother’s death, Jett Landry moves to Port City, Texas to live with her father, the Private Detectives Markus Jackson and his partner Ashley Garcia. Being the only biracial kid in the Port City’s new high school, Jett soon finds herself becoming the target of bullies. Meanwhile, Jackson has a bad habit of taking on the city’s corrupt elite, earning him powerful enemies. As bullying persists, Jett finds herself pushed to the edge. She must take a stand against her tormentors or risk losing her identity. Oak unfolds Jett’s navigation of her struggles with a compelling voice: he ably brings out Jett’s conflicting emotions and insecurities and renders her struggles with great compassion as he explores the complicated state of mind that Jett finds herself in while being the only biracial kid in her school. It’s through Jett’s story that Oak looks into forces that cause some kids to bow to the peer pressure and indulge in bullying and other destructive behaviors and others like Jett and Melinda to find inner strength to last a lifetime. In Jett, Oak introduces a courageous protagonist, who successfully overcomes her fears and vulnerabilities, and readers will find themselves rooting for her throughout. Markus and Ashley are equally convincing. The narrative is swiftly paced, the tension stays high, and Oak’s attention to detail makes the reader care all the more strongly about the Jett’s story. Despite its formulaic plot, Oak offers a sober appraisal of bullying and racism. The readers will wait eagerly for the sequel.