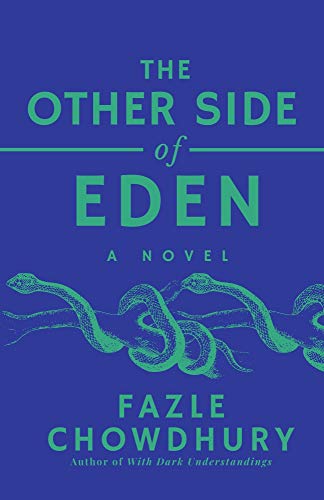 Chowdhury’s latest is a darkly intriguing historical thriller filled with endless twists and political intrigue. The year is 1883. A man named Oman survives religious persecution in his native land along with his eight-year-old son Hussein. But tragedy finds him soon after while working as the spiritual advisor to Sultan Amin. The story shifts to 1947 with the British administration leaving its colonies and the smaller provinces facing invasion. The now-ruler Aslan must do everything in his power to protect his land from the conspiring forces. With a horde of mini storylines, the narrative early on feels out-of-focus, but it quickly gains both focus and momentum. The backstories bring the various sub plots together, offering engrossing scenes from Sultan’s life. The carefully crafted plot delves into the intricacies of politics as it barrels towards a series of nonstop twists and a satisfying conclusion. The characterization is somewhat flat, but the morally conflicted, deeply flawed Sultan’s soul searching feels genuine. With its scrupulously described, suggestive setting, thorough historical detail, and endless twists, the novel will please lovers of twisty political thrillers.

The Other Side of Eden: A Novel