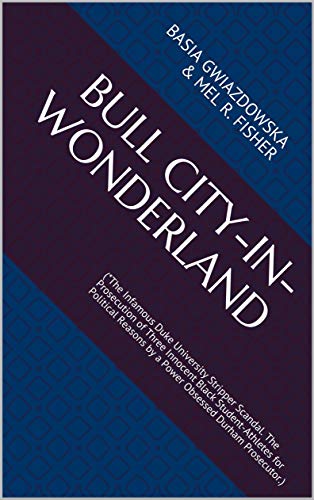 Gwiazdowska and Fisher tell the story of three falsely accused polo players in this humorous political satire of systemic injustice, bureaucratic corruption, and human idiosyncrasies. Katazina Gold Gwiazda, the fast-talking Yankee lawyer and her law partner, Zenko Luczek find themselves embroiled into a tangled web of lies, media frenzy, and dirty politics after they are hired to defend a young Black polo player, Horace J. Timmons, IV. The young man is charged with the crime of bestiality along with his two teammates: Thomas Skipper Clarence, and RNC Arroz, the children of high-ranking Black Republican officials. The lively cast of characters, including the stripper #1, Candy Mint and her adorable pony (minor for consent!), though bring absurdity into the ambiance, are drawn with such conviction, they feel thoroughly real. The disdainful public prosecutor Neufang Igor Michaelsonoff is reasonable enough to be credible. The endearing Katazina, with her fiery spirit and determination shines all the way through. The idiosyncrasy of the storyline (the president ambushing Neufang outside the latter’s house) is enhanced by the authors’ surrealistic humor. While the overly broad satirical portrait of the whole case diminishes the story’s emotional resonance, the novel’s smooth comic machinery builds toward a satisfying climax.  Amid a rapid-fire bombardment of elements of magical realism, the authors display their quick wit and sharp insights on a breakneck tour through systemic racial discrimination against Black people and American right versus left-wing politics. This eccentric tale is full of hilarious twists and revelations. Fans of smart, humorous satire will enjoy this witty novella.