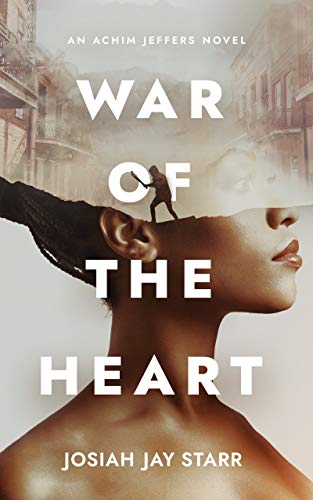 Starr smoothly fuses high action and sizzling romance in his thrilling latest installment in the Achim Jeffers series. Achim Jeffers doesn’t consider himself a hero or a savior. When his shadowy boss assigns him to expose a group of dangerous criminals and corrupted cops behind a sinister conspiracy that sent an innocent black man to jail, Achim is more than happy to carry on the unpleasant task. But when the NOPD detective Jessica Baker’s name surfaces along with those of the accused in Achim’s list, he finds himself torn between his personal desire and professional commitment. Eventually, Achim’s endurance is put to the test and he must pick between the lovely Black Detective and his thirst for the righteous justice. With insight and sensitivity, Starr explores the intricacies of romantic relationships, friendship, faith, trust, betrayal, and individual and organizational corruption. He effortlessly injects sizzling romance and high action into the fantastical storyline while investigating the complexities of racial discrimination and class disparity. The religious zest is incorporated into the narrative without any of the efforts to preach or amaze that plague so many faith-driven thrillers. Starr’s arresting portrayal of Achim (mostly as an antihero) lends an unnerving quality to his character, while his potent portrait of a starry-eyed lover injects his persona with emotion. Starr’s evocative storytelling inspires affection for the lovely Jessica, who despite her obvious faults, including her extreme emotional vulnerability and gentle despairs makes for a worthy protagonist. Though the tone is occasionally too melodramatic, especially the scenes where Jessica and Daniel interact, and Jessica’s insecurities a bit over-the-top—such as her pinning for Daniel despite the latter’s poor treatment of her—Starr portrays Jessica as an intelligent modern woman who at last realizes she needs to put herself first when it comes to love and emotional needs. The antagonists are absolutely despicable, and the secondary characters are sketched with equal conviction. Though the storyline is familiar, Starr relies on sharp dialogue, superbly formed conflicts, and tight plotting to deliver a thrilling narrative that moves forward at a lightning speed to arrives its satisfying culmination. Graphic scenes of extreme violence and passionate sex makes it suitable for mature readers. Filled with realistic, deeply realized characters, high action, and shocking revelations, the novel keeps the reader turning pages fast. Mainstream action and thrillers fans alike will find this suspense-filled read rewarding.

War Of The Heart