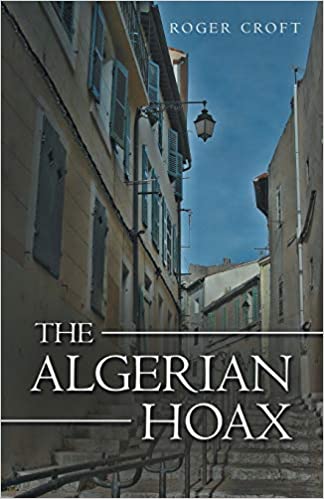 First-rate… A finely polished amalgam of conspiracies and intrigue.

In Croft’s latest in the Michael Vox series, the relentless cycle of conspiracies and double dealings follows the former journalist Michael Vaux in Marseille, France, where he is on a top-secret M16 assignment to expose an alleged terrorist plot to blow up the Djamaa el Djazair mosque in Algiers. When top officials at MI6 suspected Michael Vaux of being a double agent, his assignments for the last decade came under immediate scrutiny. Vaux’s sympathetic approach to Mideast conflict, Tel Aviv’s escalating dislike for him stemming from his disagreement about Mossad’s hand in the targeted assassination of a Syrian nuclear scientist, and his allegiances to various high-up officials in Syria complicate the matter further. The evidence against him is mounting day by day, but Vaux knows he is innocent. He must unravel the conspiracy fast or risk losing both his honor and life. Croft’s crisp, gripping prose, immaculate research, and pitch-perfect pacing bring an immediacy not only to the “Operation Mascara” but also to the middle east conflict with Syria at its center. The politicized events are richly textured adding to the intrigue of the story. The narrative moves at a quick pace, and Croft makes the increasing anxiety of Oxley, Craw, and others palpable as the plot to entrap Vaux successfully gets underway. The tension between Vaux and his adversaries adds plenty of spice to the intrigue. The deeply realized characterizations elevate the plot further. Vaux, despite his seemingly laidback persona comes out as a larger-than-life character whose story remains consistently interesting. His nonchalant attitude and his compassion for human fallibility makes him reliably human. Croft makes the connections among his various characters, especially Vaux’s relationship with the former photo-journalist Gerald Dawson and Anne seem so natural that the whole situation feels utterly realistic. He excels in capturing the essence of various places, be it the glittering, baroque Notre Dame basilica or the yacht-crammed Old Port in Marseille or London’s busy, crowded streets washed by a steady, warm drizzle. The action stays on the backburner, but the rigid planning, excellently crafted surveillance scenes, and a horde of nonstop surprises keep readers guessing. The unexpectedly shocking conclusion is both heartbreaking and surprising. The novel is a part of the series, but Croft infuses enough backstory in the narrative to pass it out as a stand-alone read. Croft has delivered an extremely intelligent and well-paced conspiracy thriller.