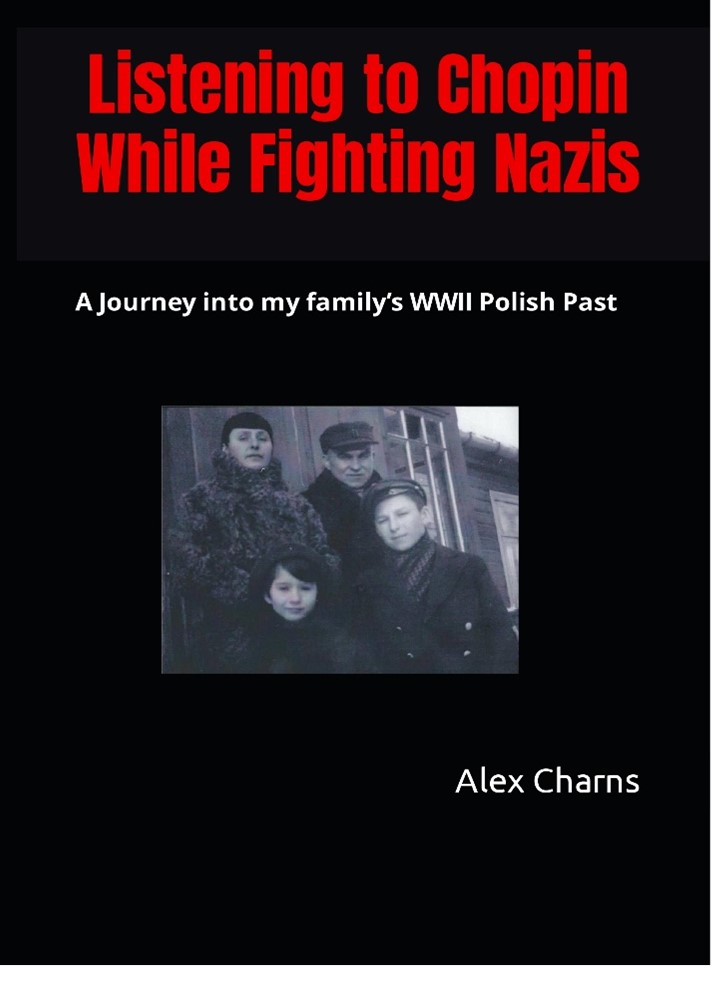 A deeply revealing, intimate account of a family’s Polish history…

As a six-year-old boy, Charns came across a book named ‘I Survived Hitler’s Hell’ by A.P. Gwiazdowski and became curious about his family’s Polish history. As he grows older, he begins to wonder about his family’s claim about risking their lives for their Jewish neighbors in Suwalki, Poland, during WWII and his maternal grandfather Alexander Peter Gwiazdowski’s antisemitic views. Charns took on himself to unravel the truth, throwing himself into meticulous research, which included reading Polish history, interviewing survivors, Internet searches, requesting files under the Freedom of Information Act, and reading FBI memos on his deceased relatives. Soon, it becomes apparent that this story of a family’s role in saving the lives of their neighbors in a small Polish town was not only true but also served as a small-scale version for a considerable chunk of population—rescue efforts ranging from the isolated actions of individuals to organized networks both small and large. Charns details his family’s part in the political resistance to Nazi rule, his uncle Richard’s arrest as a teenager (he and his mother Agnes were part of one of the trips to Lithuania with Jewish “traveling companions, hidden under the hay” while being driven in a horse-drawn wagon, a droshky), his grandfather’s detention, who was later convicted of the preparation of a treasonable undertaking by the Third Reich, and the Jedwabne Massacre among others. Alternating between various timelines, the author’s voice and first-person perspectives of fictional historical characters (both perpetrators and victims), the narrative effectively portrays both the horrific toll of the war on peoples’ lives and how the eruption of white nationalist ideas that are infiltrating U.S. political discourse, are resulting in the explosion of neo-Nazism and White Supremacy. A thorough, affecting account.

Listening to Chopin while fighting Nazis

A Journey into my Family’s WWII Polish Past