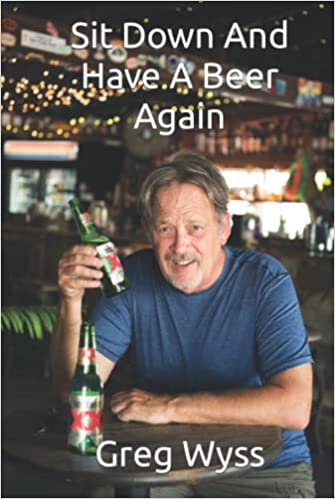 A jarring and beautiful book of poems, stories, and excerpts about everything that’s life.

In his latest book, Wyss delivers a generous variety of poetry, prose, and stories. The book is divided into three chapters. Some of the pieces deal with relationship blues and the tedious routine of everyday life; some delve into the uncertainty of life, luck, chance, and motivation; and some examine the intricacies of the human condition. Most of these pieces are laudatory, with humor and appreciation at the core. “HOW TO BECOME A USEFUL MEMBER OF SOCIETY” is a satirical take on humanity’s self-centredness; “FOR ROBERT FRIEDMAN, AGE 43 OR: YOU CAN’T BEAT THE SYSTEM” examines the common man’s plight in the face of a senseless bureaucratic system; and in “AN EVENING IN THE GARDEN OF DYING FLOWERS,” a young man successfully escapes the tedious agony of evening even if it is for a short while. The second chapter of the book contains poems and prose, exploring anger, paranoia, rage, dreams, hopes, the varying effects of happiness and despair on the human psyche, unemployment, politics, and drugs among others. Dark and philosophical, “WALKING THE TIGHTROPE,” examines the fine line between fear and sanity. The hilarious and revelatory “POEM TO MY FIRST WIFE” explores the protagonist’s breakup fantasy: “i never told you/ about the time/ you drove 20 miles/ to see your mother/ & how i sat home/ playing with the cat/ entertaining strange visions/ of you skidding &/ sliding off the road/ crashing into a ditch/ ran it over & over/ in my mind/ till it became real.” The third and the final chapter of the book contains excerpt from Wyss’s hilarious, satirical novel, “When Life Was Like A Cucumber,” a story set in the early 1970s that takes readers on a young man’s self-exploratory journey after he splits from his wife. The genius of Wyss’s writing lies in his ability to use context to give everyday language an unexpected weight. Simply marvelous.

Sit Down And Have A Beer Again