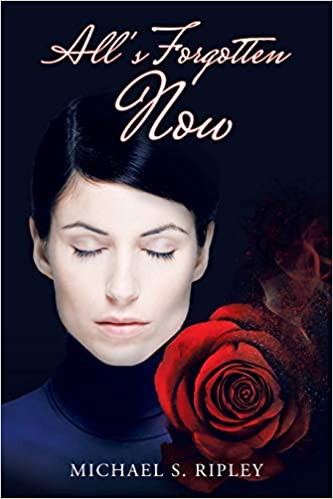 Satisfyingly dark and twisted… A page-turning supernatural mystery that will enchant readers from the first page.

Steeped in mystery and intrigue and laced with uncanny events of supernatural horror, the engrossing tale from the debut author Ripley impresses with its originality and imagination. The Twilight Veil, a mystical barrier that separates the human world from a malevolent realm of formless spirits, is growing weak with time, enabling the once formless spirits to pass into the human world. The malevolent villain Kessler, the Keeper of Shadows, is looking to release a sinister entity upon the world. Only the Archivists, members of a long line of women who trace their origins back twenty thousand years to the time of the hegemony of the Atlani people, have the power to protect the veil. When a homicide investigation triggers a series of events, causing the two worlds to collide, the enigmatic Rose awakes with memory loss. As she tries to piece together her past, she realizes she’s the Archivist, and the world’s safety lies in her hands. She must locate the key to an ancient book or risk letting the Twilight Veil tear to pieces. Ripley populates his gritty, immersive supernatural world with genuinely intriguing characters, including giant boogey men, albino vampires, and sinister otherworldly beings, while the chilling moments of supernatural horror punctuate the narrative. Rose’s struggle to reconnect with her past, in the wake of her memory loss, the enormity of the task at hand, and her fear of completing the mission, are very real and poignant. Alex is a sensitive young man whose righteous attitude often gets in the way of his relationship with others, and he is prone to emotional outbursts, but he will do anything to protect the ones he loves. The pragmatic, caring Jen is easy to like with her laid-back persona. Her bond with Alex is endearing. The efficient and smart Detective Ramos is thoroughly compelling. Ripley also plots an intricate, ingenious cat-and-mouse game between Rose and Kessler, integrating small elements from the very first page onward and gradually revealing their significance. He does a good job maintaining the pacing and suspense and bringing separate threads together. Throughout, he examines themes of family, friendship, duty, responsibility, integrity, lust for power, life, death, regret, and redemption. Mystery, supernatural intrigue, and a lot of imagination make for a story that is both thrilling and dark. Readers won’t be able to put this one down.