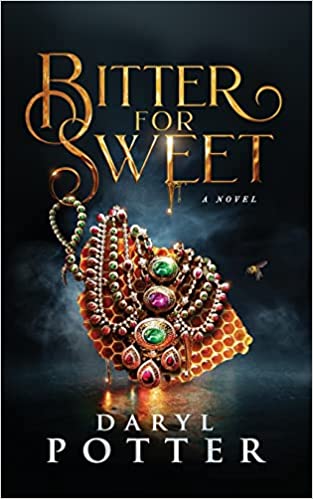 A haunting novel that deserves to be savored and pondered…

With skill and efficiency, Potter evokes the Middle East settings, characters, and culture in his latest historical tale. 76 BCE. Life for Pninah, a poor Jewish girl, is almost content until she’s left to fend for herself after a mysterious stranger brutally kills her parents. Cypros, a Nabataean princess, finds her life becoming a swirling nightmare of deceit, murder, and power struggle after a violent event turns her life upside down. When their paths collide, the two women find themselves on a collision course with each other and history. Potter’s lyrical prose and sparkling dialogue make the characters come alive. He does a good job of portraying the everyday life of the folks who make their homes in the Middle East in 76 BCE., as well as describing the dichotomy between the Nabataean people and their Jewish counterparts. Along the way, Potter fuses relevant themes of courage, survival, honor, race, class, and gender disparity into this tale of riveting tensions. Impossible to put down.