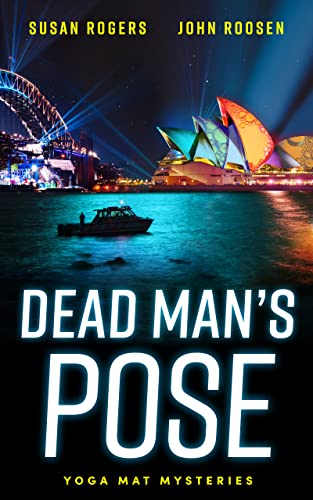 Susan Rogers and John Roosen deliver a fine blend of amateur sleuthing, beguiling romance, murder, mayhem, and human drama in their debut installment in the Yoga Mat Mysteries series. When Mario Vincente, one of Elaina Williams’s yoga students, dies unexpectedly in her class, she’s more than upset: during his ten months at the yoga studio, Mario had formed a close bond of friendship with Elaina, and there was something he wanted to tell her right before his death. Elaina teams up with Ric, one of her students, and begins to look into Mario’s personal life, unraveling a deep web of hidden secrets. With bodies piling up fast, the pair must do everything in their power to catch the killer. The authors graft a cozy mystery onto a plot of individual intrigue and financial crime. The exploration of the city’s controversial history, the pair’s budding romance, unconventional sleuthing, all of it fit seamlessly into the absorbing whodunwhat arc. As Elaina and Ric question witnesses and hunt for motives of potential suspects, the narrative changes swiftly from scene to scene around the back streets, landmarks, and sleezy haunts of Sydney. A plethora of suspects and tangled subplots lead to mass confusion, but the authors’ expert plotting and the richly drawn characterization keep the pages turning. Elaina and Ric’s underlying chemistry is delicious, and the passages of internal longing add to the romantic intrigue. The novel also amplifies themes of integrity, friendship, attraction, determination, courage, and resilience. A must-read.