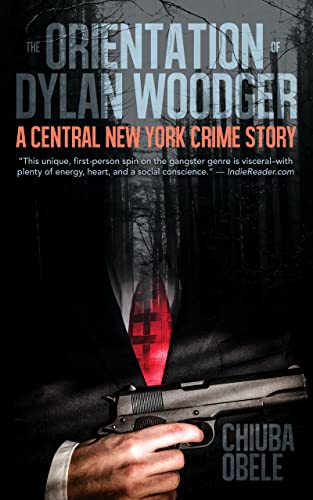 Dark secrets, lies, treachery, and revenge mark Obele’s debut, a dark crime thriller about a young college student who finds himself embroiled in a sinister conspiracy after he wakes up in a desolate place with no memories of the last three years. When the Utica mafia apprehends college student Dylan Woodger to recover their missing 3 million dollars, he is suffering from amnesia and has no memory of the last three years of his life. After making his escape, Dylan begins delving into the events of the past. As shocking secrets start to come to surface, Dylan realizes people are not as they seem on the surface, including himself. With strangers claiming to be his best friends and hard-core criminals on his trail, Dylan must find a way to get his old life back. Obele makes use of all the genre tropes, including an intriguing, troubled hero, intimidating bad guys, conspiracy of devastating proportions, a robbery gone wrong, shocking twists, and deadly betrayal while delving into his hero’s inner upheaval and trauma. The action is in plenty, with the author pulling in some nice surprises along the way. The skillfully entwined new revelations, Dylan’s interactions with Katerina, Sebastian, and the group, and passages taking readers into Dylan’s relentless struggle with picking between his desire to do good and his capacity to do evil keep the readers invested. With Dylan’s memory resurfacing, devastating secrets come to surface, bringing chaos not only in Dylan’s life but also those around him. Dylan, as a tortured anti-hero does full justice to his character. He is sensitive, smart, courageous, and highly resourceful. Although everything he does is on the shady side, he symbolizes such humanity that readers will find it impossible not to root for him. Terrell doesn’t have much space in the story but leaves a mark anyways. Katerina is equally convincing. While some readers may find the writing a tad bit simple and narrative loose, Obele takes a dark crime setup and makes the most of it through clever twists and intelligent plotting. His skillful use of crime landscape lends plenty of atmosphere to accompany the tale’s lessons of determination, caution, courage, and integrity. Along the way, he delves into loneliness, alienation, regrets, familial bonds, friendship, trust, betrayal, heartbreak as well as the controversial themes of male rape, racism, and faith. This mix of contemporary action and the hard-boiled crime isn’t for everyone, but it will strike a chord with early readers looking for a fast-paced dark thriller.

The Orientation of Dylan Woodger