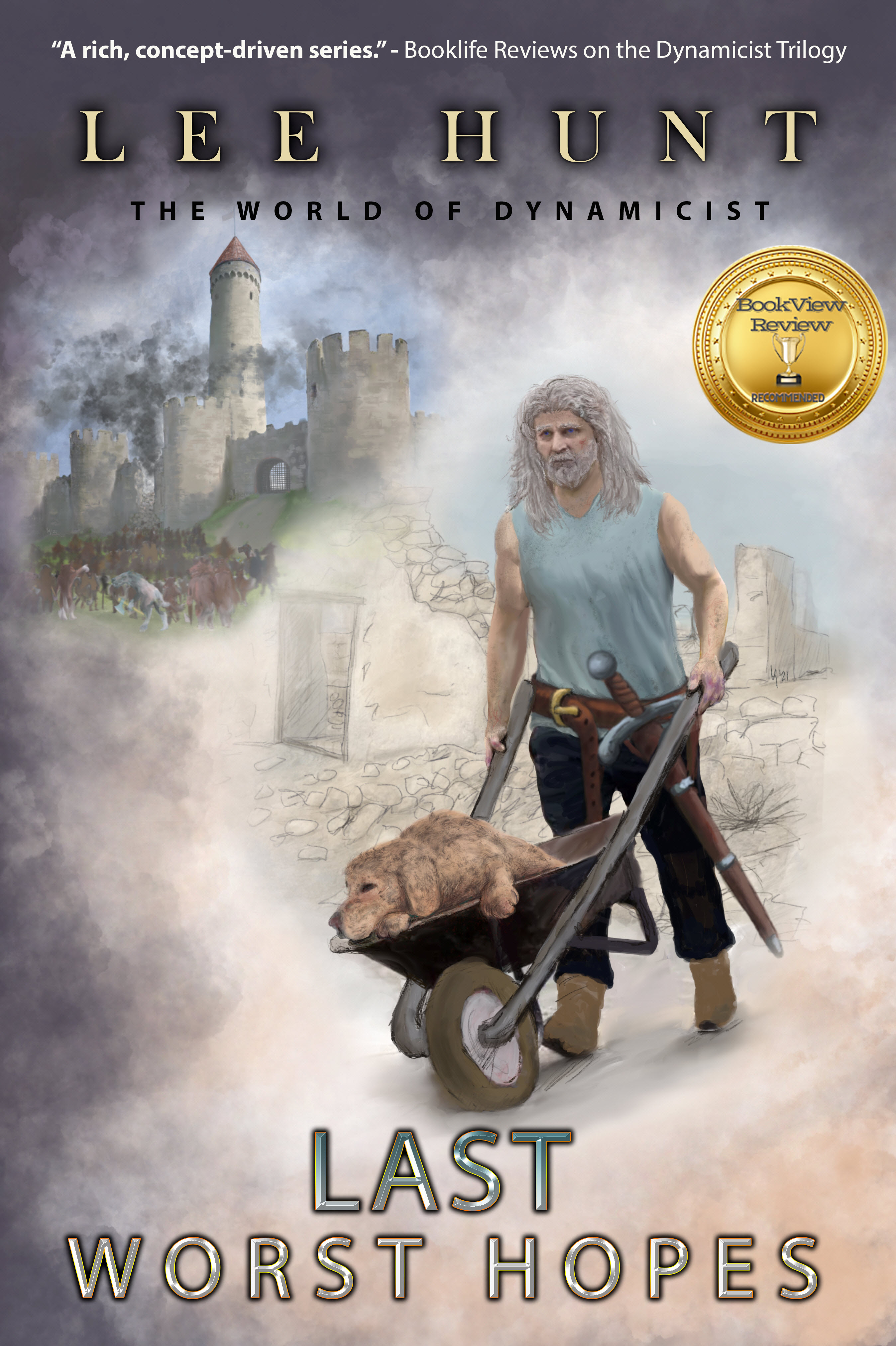 A Cracking page-turner with an unlikely group of misfits…

Hunt’s highly gripping standalone, set in the world of his Dynamicist Trilogy, is as much a cerebral story as an action-driven tale. With the wizard Nehring Ardgour and his pawn from hell, Skoll and Hati, ripping the world apart, it seems evil has triumphed. But that’s least of Engevelen’s greatest wizard Farrah Harbinger’s worry, who discovers that an even greater threat looms over them all: the one true devil, who wants to transform the world into hell. But with all the knights dead and the master wizards spent, Engevelen’s only hope is a soldier with an evil hand, an arrogant wizard, an uncertain squire, and an old man with dementia. But they have their own insecurities and demons to deal with. Will they be enough? Hunt creates a colorful, appealing cast of characters and his atmospheric setting brings the ancient nation of Engevelen to life. Over the course of this book, Hunt offers a brisk, deeply intricate story that succeeds in keeping its large cast of colorful characters in focus, particularly the band of misfits who overcome crippling self-doubt to find their own place in the pantheon of heroes. Readers will be impressed by Hunt’s insight into dark places in the human soul as well as his fantasy world’s abundant cultural details, including magic systems, factions, history, demons, knights, wizards, warriors, and unique relationships. Hunt’s expert accumulation of razor-sharp detail, his psychological contemplation, and evocation of a marvelous landscape, a mix of magic and science, all lend an utter compulsion to the storytelling. As overlying dangers fall in the group’s way, so the intensity of their resolve deepens. He weaves in fast-paced twists and shocking revelations to keep the reader glued to the pages. Both the heroes and the villains are compelling, and the action-packed, tense battle between them keeps the pages turning.  The major pleasure comes from following the group through an impenetrable maze of fast-paced chases. As the chaos surrounding the group increases, the troubled protagonists grow closer. Along the way, Hunt poses relevant questions about hope, promise, integrity, duty, resolve, resilience of human spirit in the face of extremities, and honorable conduct when faced with the severest of survival choices. Featuring a diverse ensemble cast and a unique magical world packed with courageous heroes and sinister villains, this is a whirlwind adventure that will leave readers hungry for more. Ready for grab.