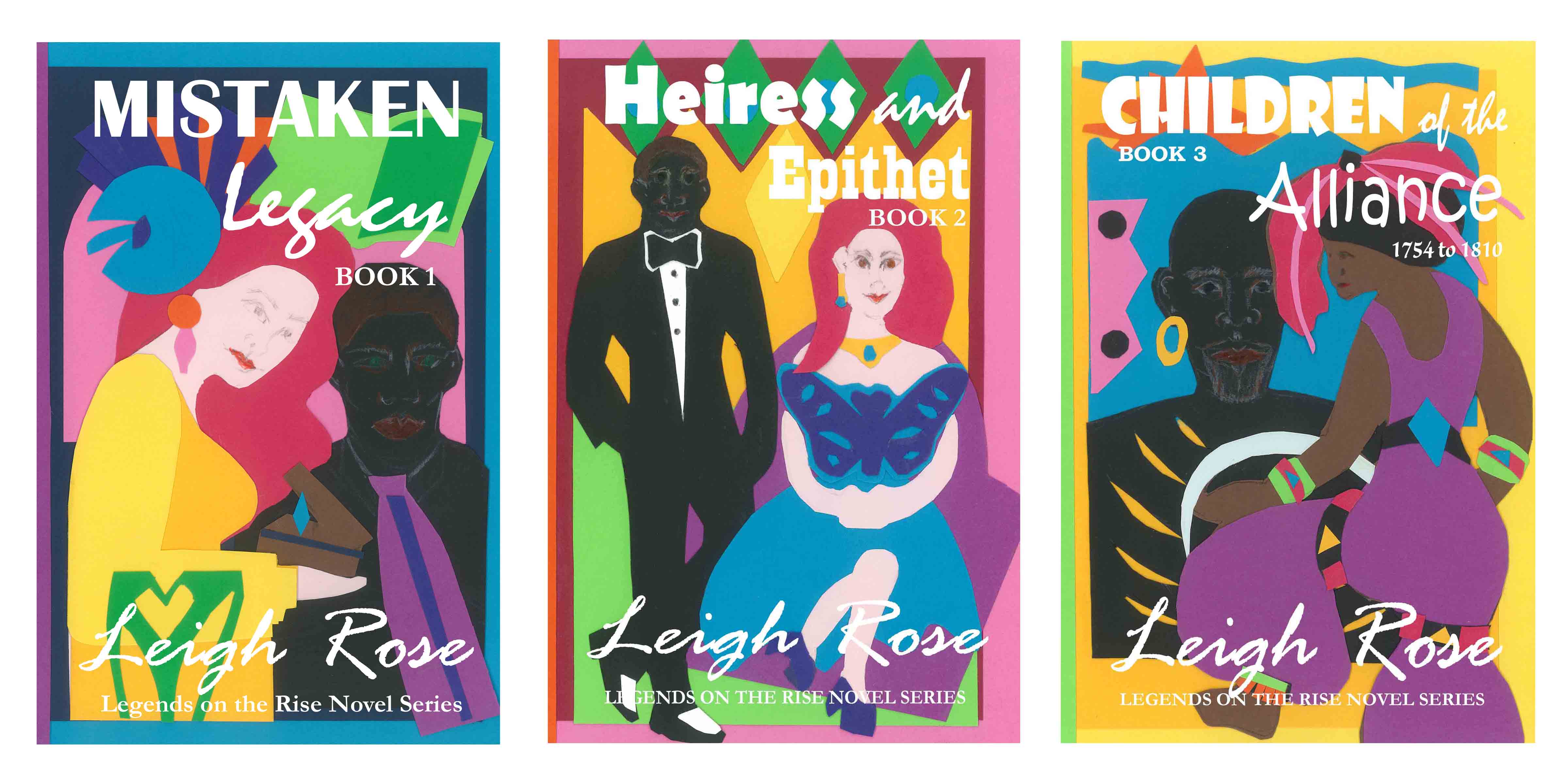 Filled with historical events, myths, and legends that haunt two families’ redemption, Rose’s Legends on the Rise series is a poignant, revealing period fiction about race and slavery in the colonial slave trade era.

The first book begins with a warm spring day in 1980, Paris, France. Newly engaged Juliette Reiss-Marston leaves her fiancé, William Fournier, behind and leaves for St. Augustine, Florida, in the USA to meet a distant cousin, Claude Freedman, Esq., who claims that Juliette’s dowry, the decoratively carved ebony chest of rare gemstones that she received from her parents, is from a nefarious ancestor, Capt. Françoise Jules Reiss III. Determined to unravel the truth about her family history, Juliette knows she must acquire the memoir, written by the Capt. Trying to confirm the authenticity of the memoir, the cousins, Juliette and Claude, set out for historic Toulon, France in the second installment. When they meet Director Colonial Greton of the Toulon Maritime Museum, damning information about Juliette’s lost heirlooms comes to surface, presenting the pair with even more questions. Set in the eighteenth and early nineteenth century, the third installment takes readers into a tumultuous world where trading slaves is second nature on the European, African and North Atlantic Continent.

Rose expertly conveys the life-changing and life-affirming moments and decisions that shaped Juliette’s and Claude’s family throughout the history. Through the authentic voices of her characters, Rose re-creates the colonial era, a tumultuous world where trading slaves is second nature for the privileged population.

The pacing is swift, the action scenes are cinematically developed, and Rose’s moving, assured prose keeps the pages turning. All the three volumes sparkle with intelligent dialogue and Juliette’s and Claude’s clever banter, all while advancing a story in which the cousins sojourn to historic Toulon to look into the authenticity of Capt. Françoise’s memoir.

Based on real events of the history, Rose has accomplished something special with this series, crafting a surprisingly rich story, handling big themes of family, friendship, dreams, integrity, determination, perseverance, history, regret, and redemption.

A well-written outing that will be gobbled up by historical fiction fans.

Legends on the Rise Series

Mistaken Legacy: Legends on the Rise #1

Heiress and Epithet: Legends on the Rise #2

Children of the Alliance: Legends on the Rise #3