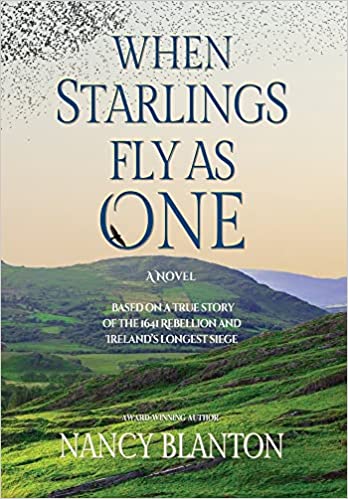 A solid historical drama high on emotion, setting, and character…

The nightmare of the 1641 Rebellion and Ireland’s longest siege comes to the page in this engrossing novel from Blanton, a provocative exploration of one young woman’s quest to find her own place in the world. The bold, fiercely determined Merel de Vries longs to be free of the English nobility she serves. When Rathbarry Castle is besieged by rising Irish clans, Merel finds herself facing an impossible choice: pick between her allegiance to the owner Sir Arthur Freke or loyalty to her new-found love Tynan O’Daly. With no access to food or supplies, the castle residents face starvation, disease, and death. Merel knows she can help, but finds it hard to convince others. When opportunity comes, can she truly do what her spirit urges? The novel is told in the alternating voices of Merel and third-person omniscient voice, a narrative structure that works well for developing Merel’s story along with the Rebellion, and plenty of siege action will keep readers invested. Blanton’s telling is rich in both vivid and evocative historical detail, from the castle residents facing starvation, disease, and the constant fear of death to the intricacies and politics of war. The texture and rhythm of the seventeenth century Irish life are skillfully woven throughout the narrative. The passages detailing the siege are unsettling in the unflinching portrayal of the savagery of war. What is truly remarkable is Blanton’s portrayal of Merel, who comes through a life as tumultuous as the siege with her resilient spirit not only intact, but stronger. This poignant exploration of survival, resilience, and determination is a page-turner.

When Starlings Fly as One