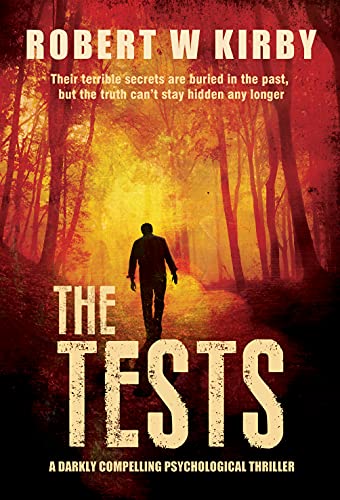 Dark and all-absorbing to the very end…

High suspense and intrigue mark Kirby’s page-turning debut. It was the summer of ‘88 that changed everything for Alex Clayton: struggling with the pain of losing his mother to cancer and peer bullying, Alex is ready to do anything to join the lovely Sheryl Debton and her colorful group of friends even if it means undertaking four notorious initiation trials. Now, over three decades later, Alex is married, but the events of that long summer still haunt him. Trying to save his failing marriage, Alex sets on to revisit his past. Alex’s journey of coming to terms with his past is interwoven with the story of his marriage with Natalie, his mother’s tragic death, an infinite period of grief, another senseless loss of his youth, and his struggle to understand his feelings of fear and trauma. At the same time, the narrative shifts into the past, uncovering Sheryl, Ben, Janette, Corkscrew, and Gavin’s backstories. Palpable tension stays in the back as the shifting narrative races toward an exhilarating showdown. The story becomes deeply disturbing as the sinister episodes of Alex’s boyhood begin to unravel. A lot happens in a quick succession of events, but Kirby neither loses focus of his characters nor the emotional core of the story. Themes of marriage, relationships, family ties, friendship, secrets, mental illness, fear, truth, integrity, pain, grief, regret, and the way the childhood trauma and violence can shape a person are skillfully deployed, making the novel a thoroughly dark read. Gripping and unsettling, the novel makes for a page-turning read.

Their terrible secrets are buried in the past, but the truth can’t stay hidden any longer